Video captures Bensalem home burglary while family is at church

BENSALEM, Pa. - A Bensalem mother and her sons came home from church to find their home broken into while they were gone. The break-in was captured on camera.

"I feel violated. Somebody was in my home," said the victim.  Many would describe this as one of the worst feelings in the world. Coming home to find the door to your house shattered. 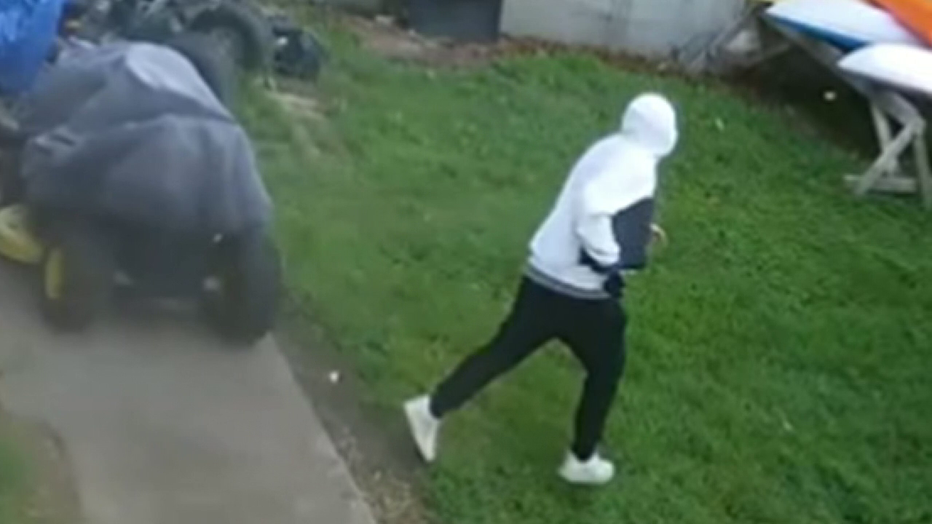 "They busted the oval. It was like an oval glass door and they busted that open and got in," she said.  The woman doesn't want to show her face because of the fear she's now dealing with but security cameras outside her home show much of what happened.

"It shows somebody walking up to my front door I guess checking to see if anybody came in and then you see them going down the side of my yard basically waiting out back to get into my house," she said.

In the video, you see a suspect wearing a white hoodie with his face exposed throw a rock through the glass door then run off.  Moments later, he comes back with two others dressed in all black. One with a backpack and their hoodies were drawn tightly around their faces. Police say the three go inside and eventually run out with a PS4 gaming system and $60,000 in cash.

"I never imagined. I thought if someone was going to steal from me they'd steal from my outside. I never could have imagined someone entering my house."  The woman says it happened around 8 p.m. Sunday, June 30 on the 700 block of Bridgewater Road in Bensalem where she lives with her three sons.  They weren't home at the time.

"It felt as though they had been watching. We were at church. I’m feeling violated on a whole new level. I was at church and when we got home after doing some other things early afternoon we discovered that we were robbed."  She says she's praying someone recognizes a face from the video or something about what happened and turns them.

"I hope they get caught. I hope somebody recognizes this picture and does the right thing," she said.  The woman says she owns a business in town but doesn't think it has to do with her job. She says police believe it’s someone who has been to her house before.