FOX 29's Lauren Johnson reports from Wayne, where police are searching for three suspects in an armed robbery at a local Wawa.

WAYNE, Pa. - “It just makes me a little nervous. I go in the Wawa. I go in the pizza shop,” stated Kate Nestel.

Nestel says she may re-think evening visits to these local stores after learning that, for the second time in two and a half months, the Wawa was the scene of a violent and scary crime.

In March, 34-year-old Brian Kennedy was charged with shooting and killing the mother of his child inside the Old Sugartown Road store, in front of Wawa employees.

Fast forward to 3 a.m. Monday and another traumatic event – according to police, three masked men, each armed with a handgun, entered the Wayne Wawa, locked employees in a bathroom, grabbed cash from the registers and even stole a children’s donation jar. The Radnor Police Department confirms these were not the same employees who witnessed the March murder.

“It’s been an intense area for a little bit,” said Superintendent Chris Flanagan with the Radnor Police Department. 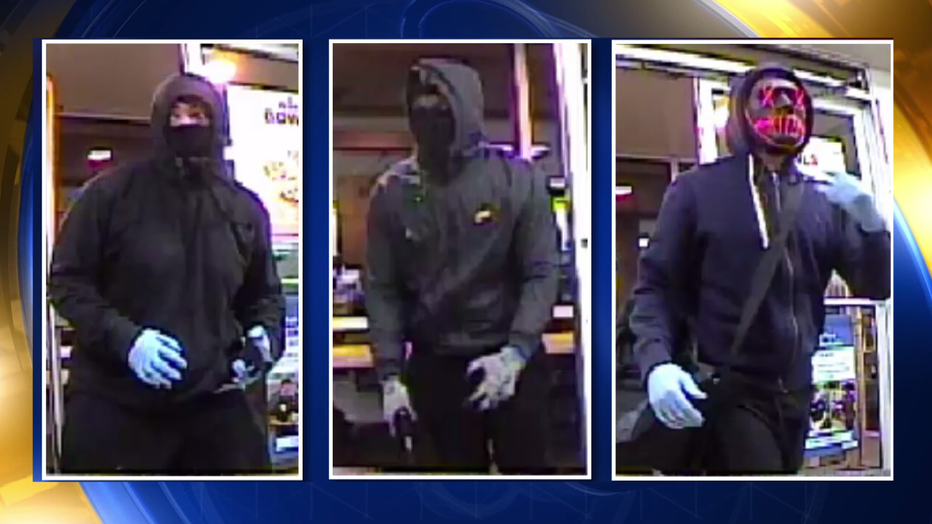 Flanagan says the three robbers knew what they were doing.

“We believe this may not be the first time they’ve done this or it could happen again. Don’t want to take that risk,” Flanagan said.

The Department is teaming with Wawa to offer a $10,000 reward to catch the men. Will money talk?

“It might help. It’s hard to say,” Nestel commented.

“I certainly hope so,” McAleer added.

“I certainly think that money will open the eyes of people and pay more attention and hopefully bring somebody in,” stated Tom King.

“I don’t think there’s anything preventing people from not talking other than not having the information,” Adam Gottlieb said.

Local father Gottlieb says, despite the back-to-back crimes, he has never questioned his safety.

Police want everyone to feel safe. That’s why they’re asking for the public’s help in catching these criminals.

“If you look at the video, each person is a little different. One of the masks is very specific. Shoes seen. We’re hoping the community helps us step up and catch these people,” Flanagan said.

Anyone with information regarding the incident is asked to contact Radnor Detectives at 610-688-0503.