A young child was among the victims of gun violence over the weekend, after the city surpassed 300 homicides in 2021 late last week.

KINGSESSING - Police say nearly a dozen people, including three teens, were injured by gunfire on Sunday in shootings across Philadelphia.

Police say the shooting happened on the 5500 block of Malcolm Street just before 3 p.m. A 19-year-old who was grazed in the knee during the shooting refused medical treatment, according to police. 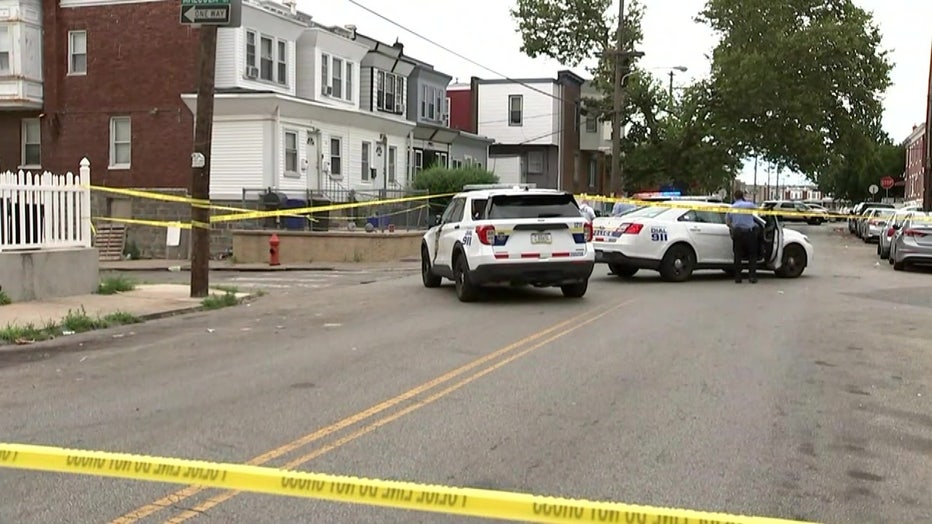 Police say two teens, 15 and 19, were injured in a triple shooting Sunday afternoon in Kingsessing.

All three victims are expected to recover.

Hours later, in the city's East Mount Airy section, police say a 16-year-old was shot in the thigh and a 23-year-old man was hit in the wrist.

Officers say the shooting happened on the 200 block of Montana Street sometime before 5 p.m. Both shooting victims were driven to Albert Einstein Medical Center and placed in stable condition.

After another night of deadly gun violence, Philadelphia has now recorded more than 300 homicides so far in the year 2021.

Authorities say a 34-year-old man is fighting for his life after he was hit multiple times with gunfire Sunday night in North Philadelphia.

The victim was shot on the 1600 block of West Seltzer Street around 5:30 p.m. and driven to Temple Hospital where he was placed in critical condition.

Police on Sunday responded to three other shootings across the city, including a double shooting in East Germantown where a 23-year-old man was hit at least three times.

The shootings come on the heels of a violent weekend in Philadelphia that saw four people killed and dozens more injured including a 1-year-old boy.