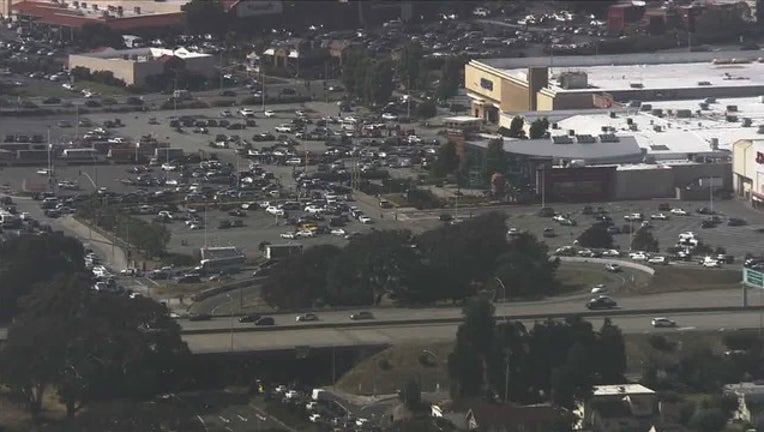 Two of the victims are teenage boys, and they were transported to SF General Hospital, according to hospital spokesperson Brent Andrews.

One of the victims is in critical condition and the other victim is in serious condition.

Two other victims sustained minor injuries and were not transported to a hospital.

Police say it does not appear to be a random shooting and there is a possibility two shooters were involved.

According to BART, the San Bruno station is shut down and no trains are stopping there.

The 12th Street station was temporarily closed just before 5 p.m. after the transit agency received a report that the gunman boarded an Oakland bound train.

The station was reopened around 5:26 p.m.

Video obtained by KTVU shows a heavy police presence outside the mall.

The manager of Finish Line, Chris Scott, says his store is located within feet of the food court where the first shots rang out.