FOX 29's Steve Keeley has the latest on what was another violent weekend.

PHILADELPHIA - Philadelphia police are investigating a number of shootings over the weekend that left multiple people dead and more than two dozen injured.

Police are investigating a triple shooting that occurred Sunday night in South Philadelphia. Shots ran our around 8 p.m. on the 2700 block of Winton Terrace.

Additionally, police say a man in his early 20s was shot on the 2000 block of Chelten Avenue in West Oak Lane around 10 p.m. Sunday. 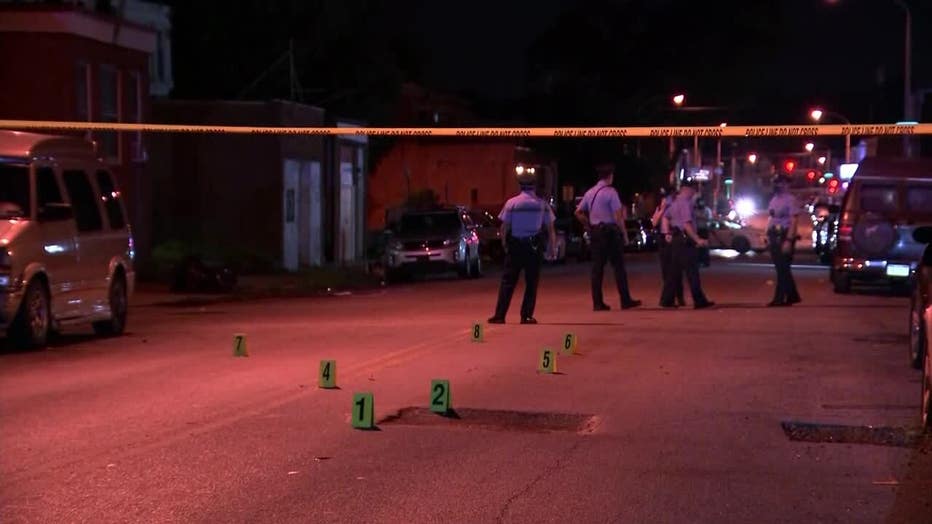 Near that scene, police say they found two other people, including a 16-year-old were also shot nearby. Police now say they were actually shot in a separate shooting nearby on 68th and 18th streets. All three victims are listed in stable condition.

Sunday night's shooting was just one of many attacks in an especially violent and deadly weekend for the city.

Police say the spate of gun violence began just before 9:30 p.m. on Friday night when a 17-year-old boy was gunned down on Harold Street in Kensington. The teenage victim was pronounced dead at Temple University Hospital.

Since Friday night, more than 30 people were shot, stabbed, or assaulted, and at least five were killed.

One of the shootings occurred at a block party Saturday night in Northern Liberties that was meant to honor the memory of a young man who had lost his life to gun violence.

Philadelphia police say officers were already at the party as a precaution when the shots rang out. 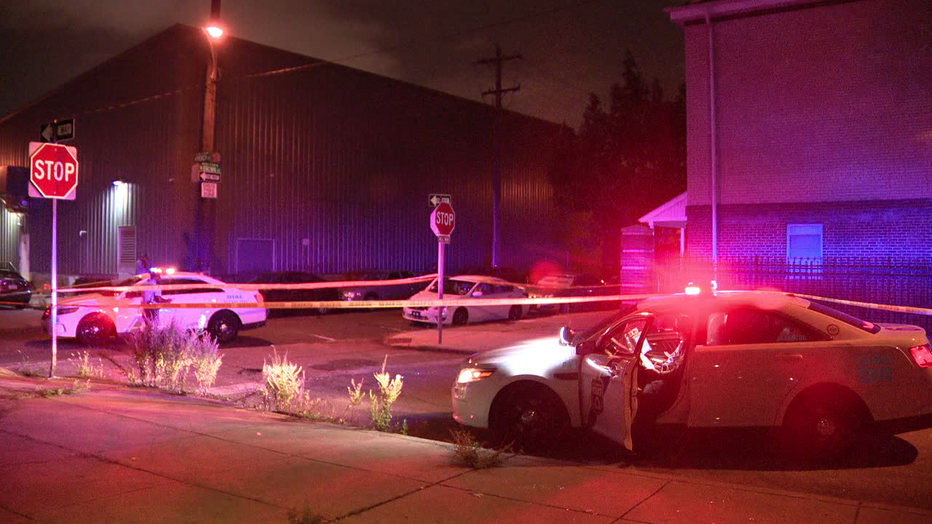 Police investigate the shooting of five people at a large gathering in North Philadelphia.

"When the officers saw and heard what appeared to be a muzzle flash up the street and then a loud boom and almost simultaneously we heard gunshots from a different type of weapon around the same time," Philadelphia Police Commissioner Danielle Outlaw said over the weekend.

In all, five people were struck by gunfire at that block party, and the youngest victim was just 16-years-old.

City officials say they are trying to stop the bloodshed. Last week, Philadelphia City Council were joined by Outlaw and District Attorney Larry Krasner as they held emergency public hearings on the violence.