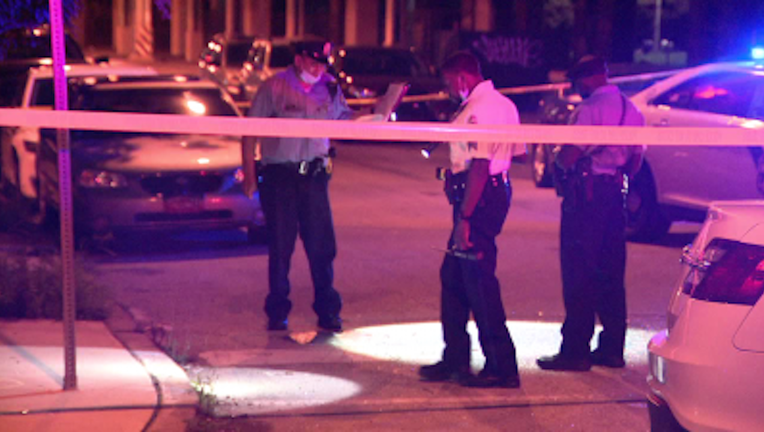 NORTH PHILADELPHIA - Authorities say police officers came under fire after responding to a gathering of more than 200 people Saturday night in North Philadelphia. A 16-year-old boy was among five people injured during the hail of gunfire.

Officers responded to reports of a large crowd gathered on the 700 block of North 10th Street just before 11 a.m. Responding officers were reportedly met by gunfire from "several" armed men in the crowd.

Police say no officers were injured during the shooting and police did not return fire. Five people, however, were struck by approximately 40 rounds that were reportedly intended to hit police officers.

Authorites say a 16-year-old, 18-year-old and 19-year-old sustained non-fatal gunshot wounds. A 21-year-old and 26-year-old were also injured and expected to recover.

More than half of the gunshots fired came from an AR-15 rifle, according to investigators. No arrests have been reported.

Speaking at the scene, Philadelphia Police Commissioner Danielle Outlaw described the violence as "disturbing" and "disheartening."

"We’re doing everything that we can to make sure that we resolve these matters in an expeditious manner so we can hopefully get ahead of anything that could occur as a result of this," Outlaw said.