The alleged vandalism took place at the intersection of Vine Street and Broad Street on the afternoon of May 30.

PHILADELPHIA - Philadelphia police on Wednesday announced the arrest of five men and one juvenile accused of damaging Pennsylvania State Police cruisers during violent protests against police brutality in late May.

According to police, the alleged vandalism took place at the intersection of Vine Street and Broad Street on the afternoon of May 30th.

MORE: Charges filed against Philadelphia officer accused of using OC spray on seated protesters on I-676

Police were able to identify and locate six individuals accused of taking part in the vandalism. Four of the suspects were taken into custody as the result of a search warrant executed on Wednesday morning.

Luke Manning Cossman and Steven Michale Anderson, both from Levittown, were taken into custody. Philadelphia residents Sammy Rivera and Francisco A Reyes were also detained.

Police say Montgomery County man William Joseph Besaw and an unnamed juvenile from Croydon were also linked to the vandalism, but they are already incarcerated. 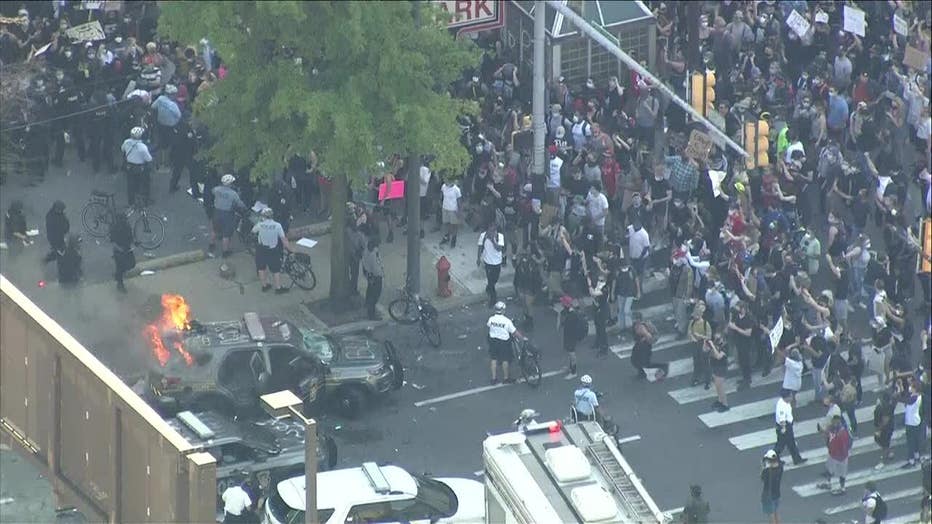