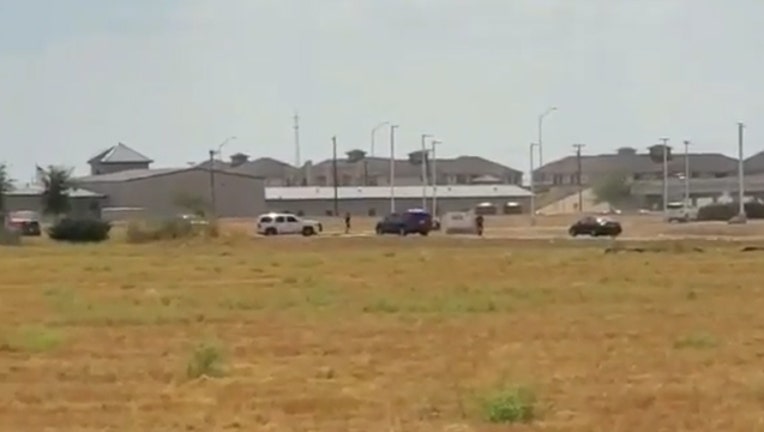 Police are investigating after a mass shooting in West Texas left seven people dead and at least 21 others injured.

ODESSA, Texas - Authorities said Sunday they still could not explain why a man with an AR-style weapon opened fire during a routine traffic stop in West Texas to begin a terrifying rampage that killed seven people, injured 22 others and ended with officers gunning him down outside a movie theater.

The shooter was identified as Seth Aaron Ator, 36, of Odessa. Online court records show Ator was arrested in 2001 in McLennan County, Texas, and charged with misdemeanor criminal trespass and evading arrest. He entered guilty pleas in a deferred prosecution agreement where the charge was waived after he served 24 months of probation, according to records.

That past brush with the law would not have prevented Ator from legally purchasing firearms in Texas, although authorities have not said where Ator got his weapon.

Ator acted alone and federal investigators believe the shooter had no ties to any domestic or international terrorism group, FBI special agent Christopher Combs said. Authorities said those killed were between the ages of 15 and 57 years old but did not immediately provide a list of names. The injured included three law enforcement officers. 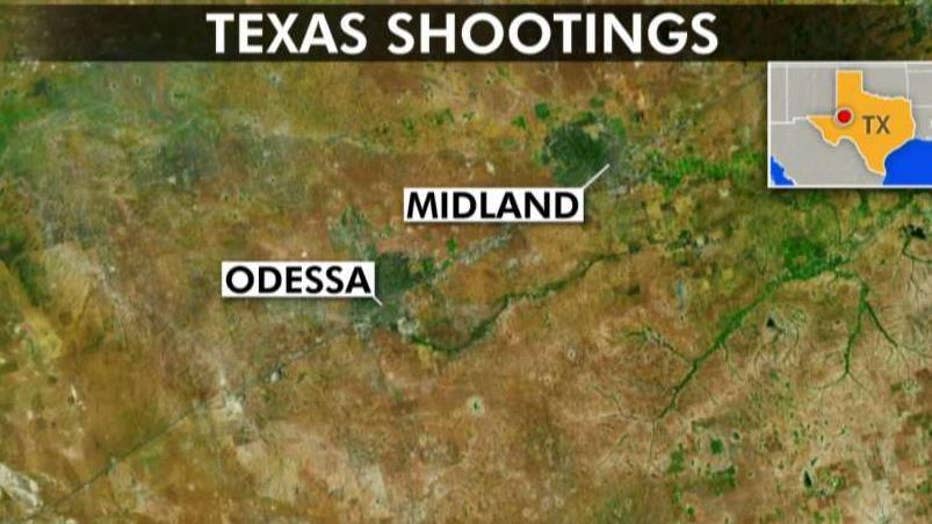 The mass shootings in Odessa and Midland come weeks after aafter a gunman in the Texas border city of El Paso killed 22 people after opening fire at a Walmart.

Odessa Police Chief Michael Gerke refused to say the name of the shooter during a televised news conference, saying he wouldn't give him notoriety. He also said there were still no answers pointing to a motive.

The shooting began Saturday afternoon with an interstate traffic stop where gunfire was exchanged with police, setting off a chaotic rampage during which the suspect hijacked a mail carrier truck and fired at random as he drove in the area of Odessa and Midland, two cities in the heart of Texas oil country more than 300 miles (483 kilometers) west of Dallas.

U.S. Postal Service officials said Mary Granados, 29, was alone in her mail carrier truck and killed in the attack. A 17-month-old girl who was wounded in the shooting will undergo surgery Monday to remove shrapnel from her right chest but is recovering, Texas Gov. Greg Abbott said.

Combs said the gunman might have entered the Odessa movie theater where the chase ended if police had not taken him down.

"In the midst of a man driving down the highway shooting at people, local law enforcement and state troopers pursued him and stopped him from possibly going into a crowded movie theater and having another event of mass violence," Combs said.

The shooting came at the end of an already violent month in Texas, where on Aug. 3 a gunman in the border city of El Paso killed 22 people at a Walmart. Sitting beside authorities in Odessa, Abbott ticked off a list of mass shootings that have now killed nearly 70 since 2016 in his state alone.

"I have been to too many of these events," Abbott said. "Too many Texans are in mourning. Too many Texans have lost their lives. The status quo in Texas is unacceptable, and action is needed."

But Abbott, a Republican, remains noncommittal about imposing any new gun laws in Texas at a time when Democrats and gun-control groups are demanding restrictions. And even as Abbott spoke, a number of looser gun laws that he signed this year took effect on the first day of September, including one that would arm more teachers in Texas schools.

The terrifying chain of events began when Texas state troopers tried pulling over a gold car mid-Saturday afternoon on Interstate 20 for failing to signal a left turn, Texas Department of Public Safety spokeswoman Katherine Cesinger said. Before the vehicle came to a complete stop, the driver "pointed a rifle toward the rear window of his car and fired several shots" toward the patrol car stopping him. The gunshots struck one of two troopers inside the patrol car, Cesinger said, after which the gunman fled and continued shooting.

Two other police officers were shot before the suspect was killed. Authorities say the trooper was in serious but stable condition on Saturday, and the other officers were stable.

Witnesses described gunfire near shopping plazas and in busy intersections

Dr. Nathaniel Ott was working at an Odessa emergency care center where he is the medical director when he gunshots. He rushed outside to find a woman in the driver's seat of an SUV bleeding from a gunshot wound in the arm. Ott said that as he and a paramedic were working on the woman, the shooter drove back by, followed by police.

"The shooter drove within 30 feet of us and drove up that road," Ott said Sunday, pointing to one of the streets leading past the shopping center where his facility is located. "The shooter was driving. It was insane. He was just everywhere."

He said the woman was taken to a hospital and he doesn't know how she's doing.

Daniel Munoz, 28, of Odessa, was driving Saturday afternoon to meet a friend at a bar but first had to stop for gas. Once his tank was full, he returned to the road but had to yield to traffic coming off Interstate 20. As a car approached slowly, he immediately noticed what he feared to be the barrel of a rifle in the hands of the driver.

"This is my street instincts: When a car is approaching you and you see a gun of any type, just get down," said Munoz, who moved from San Diego about a year ago to work in oil country. "Luckily I got down. ... Sure enough, I hear the shots go off. He let off at least three shots on me."

Saturday's shooting brings the number of mass killings in the U.S. so far this year to 25, matching the number in all of 2018, according to The AP/USATODAY/Northeastern University mass murder database. The number of people killed this year has already reached 142, surpassing the 140 people who were killed of all last year. The database tracks homicides where four or more people are killed, not including the offender.

President Donald Trump has offered contradictory messages in reacting to recent mass shootings. Days after the El Paso shooting, he said he was eager to implement "very meaningful background checks" on guns and told reporters there was "tremendous support" for action. He later backed away, saying the current system of background checks was "very, very strong."

On Sunday, Trump reiterated his more recent calls for greater attention to mental health. Trump has said new facilities are needed for the mentally ill to reduce mass shootings. However, some mental health professionals say such thinking is outdated, that linking mental illness to violence is wrong, and that the impact of more treatment would be helpful overall but would have a minor impact on gun violence.