91-year-old who works out in overalls inspires others

Lloyd Black of Alabama said he started going to the gym after simple tasks became hard. He now goes three times a week.

SEMMES, Ala. - A 91-year-old man in Alabama who works out three times a week in his denim overalls has stolen the hearts of many across the country thanks to his casual gym attire and perpetual dedication to fitness.

Lloyd Black was recently named the “Member of the Month” at Anytime Fitness in Semmes, a city located just outside of Mobile. The gym’s general manager, Ashley Seaman, shared in a post last month on the gym’s Facebook page that since Black joined last year, they have “seen nothing but motivation and inspiration from him since he started.”

“He says he is 91 years young and brags about how much his workout routine has helped him in his daily routines,” the post reads. “Seeing someone like him inspires others to keep it up and incorporate fitness into their life.” 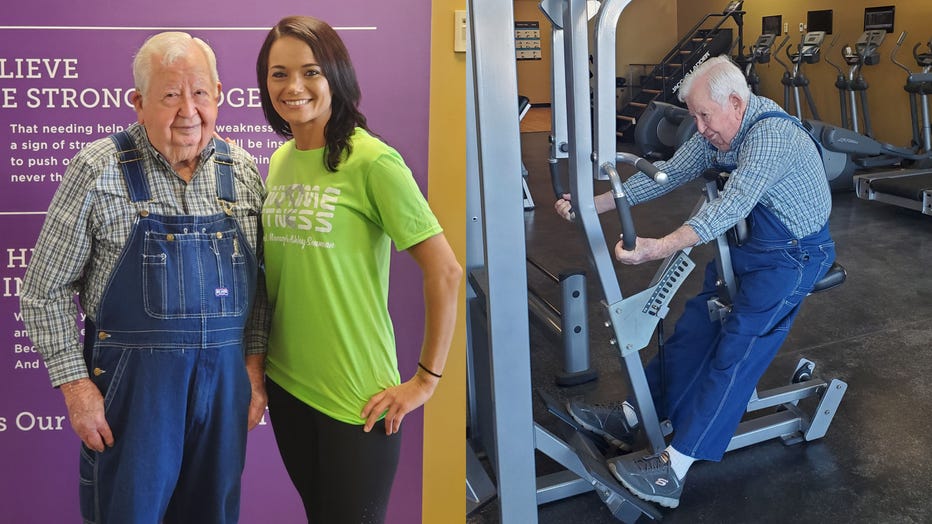 Seaman added in the post that Black “brightens” their day by seeing him work out three times a week in his overalls.

“We hope to have him many more years to come,” the post concluded.

Black said he became motivated to start working out after simple tasks started becoming “hard, if not impossible.” In a “Member of the Month” form highlighting his achievements, he wrote that his favorite exercise is the treadmill.

For anyone who is considering a new fitness program, Black writes: “Go ahead. Get started.”

The 91-year-old also shared that his favorite “cheat meal” is pecan pie, and the most inspiring person in his life is his “daddy, who never gave up.” 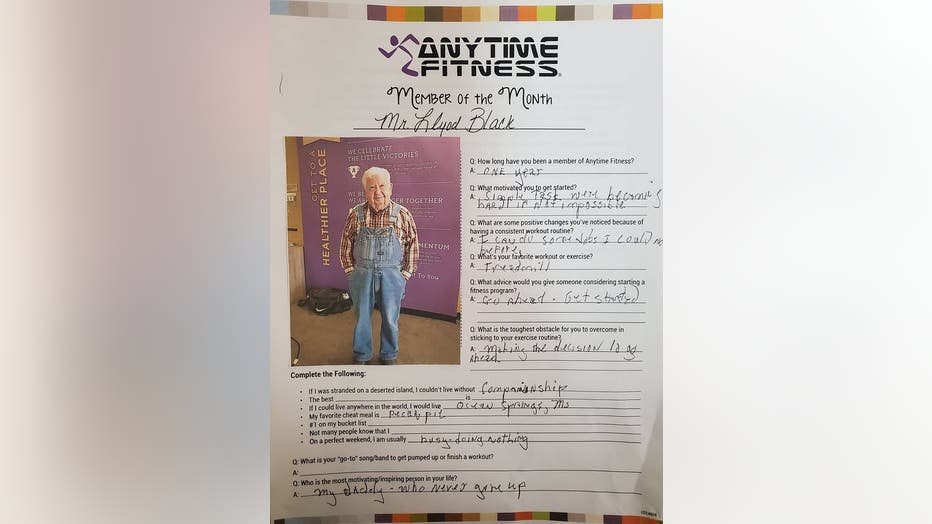 Lloyd Black was picked at the gym’s “Member of the Month” in January. (Photo credit: Anytime Fitness - Semmes, Alabama)

Black, who joined the gym with his wife, told AL.com that he could only spend 10 minutes walking on the treadmill when he started — but has since increased to 30 minutes. He also does leg presses and uses some of the upper-body machines.

Black is a U.S. Air Force veteran who later went on to teach world history before becoming a school administrator at several Mobile-area schools, according to the AL.com.

As far as his gym clothes, Black said he wears his denim overalls for practical reasons.

“I don’t have any hips, and I can’t keep my pants up,” he told the news website.

Since being shared Jan. 13, the post has garnered more than 3,000 shares and hundreds of comments. Many recalled having him as a principal at the nearby Mary G. Montgomery High School.

“He was the principal at MGM when I attended. He was always kind and apparently still is,” one commenter wrote about Black, who retired 30 years ago.

“Oh my gosh! You go Mr. Black! We (your old students) are proud of you,” another person shared.