The three former world leaders shared their experiences running the country, the challenges they faced and what they think the incoming Biden administration will need for a successful four years ahead.

Obama acknowledged the historical significance of the 2021 inauguration, and welcomed Harris, the nation’s first woman and person of color as vice president. He also noted the importance of the inaugural ceremony as "a peaceful transfer of power that is over two centuries old."

Bush chimed in, saying that the fact that three former U.S. presidents from both political parties were gathering to discuss the peaceful transfer of power is critical to the "institutional integrity of our country."

Clinton pointed out the extraordinary challenges both Harris and Biden face.

"This is an unusual thing: We are both trying to come back to normalcy, dealing with totally abnormal challenges, and do what we do best, which is try to make a more perfect union," Clinton said.

All three former presidents echoed calls by Biden for the country to unite. 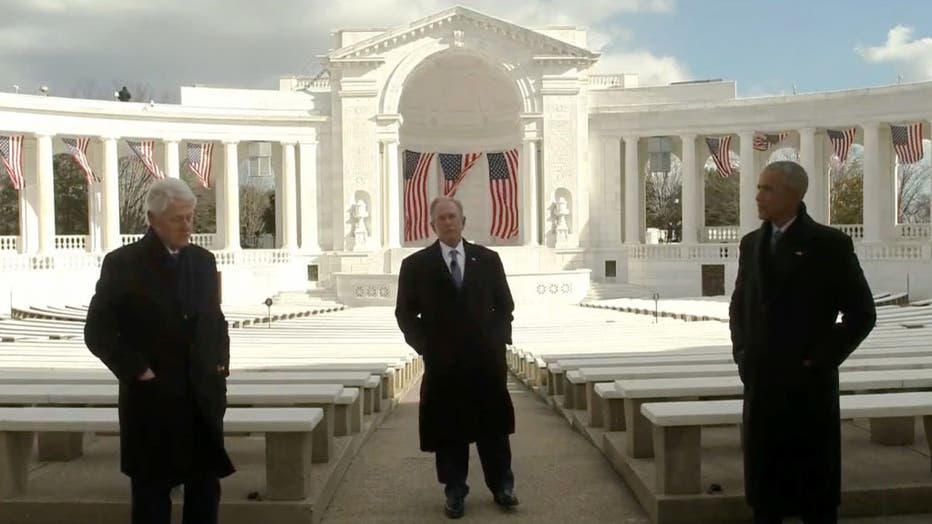 "If in fact what George said, we’re looking for what binds us together, the American people are strong. They’re tough, they can get through hardship. There’s no problem they can’t solve when we’re working together. I think that was the theme of Joe’s inaugural speech," Obama said.

Earlier Wednesday during the inauguration, the former presidents were joined by former first ladies Michelle Obama, Laura Bush, and Hillary Clinton, where they participated in a wreath-laying ceremony at the Tomb of the Unknown Soldier alongside Biden and Harris.