Sondland revises testimony in impeachment probe, now says he knows why US aid to Ukraine withheld

The three-page update from U.S. Ambassador Gordon Sondland provides new insight into Trump's push for Ukraine to investigate Democrats and Joe Biden in what the Democrats call a quid pro quo.

WASHINGTON - In transcripts of closed-door interviews released by impeachment investigators, two State Department officials recount what they remember - and what they didn't know at the time - about President Donald Trump's demands that Ukraine conduct politically motivated investigations.

Gordon Sondland, the U.S. ambassador to the European Union, and Kurt Volker, a former Ukrainian envoy, describe their persistent concerns about Rudy Giuliani, the Republican president's personal lawyer, and his influence over policy with Ukraine. Giuliani and Trump wanted Ukraine to probe Democrat Joe Biden's family and Ukraine's role in the 2016 U.S. election.

And in a reversal, Sondland submitted an addendum to his testimony, also released by Democrats, that acknowledges for the first time that the call for investigations was linked to a holdup in U.S. military assistance.

House Democrats released the transcripts Tuesday as part of a rolling release of documents in the new public phase of the impeachment inquiry. More transcripts are expected.

The State Department's David Hale is expected to provide a deposition on Wednesday, while Russ Vought, the acting director of the White House Office of Management and Budget, and Rick Perry, the Energy secretary, are not expected to appear.

Takeaways from the Sondland and Volker transcripts:

In a three-page addendum to his transcript, Sondland revised his testimony to acknowledge that he understood by September that American aid to Ukraine was linked to a public statement promising to investigate corruption in the country. That is a central point in the Democrats' impeachment inquiry, which was launched after a whistleblower revealed that Trump had directly asked Ukrainian President Volodymyr Zelenskiy to investigate Biden on a July phone call as the money was held back.

Sondland said "I now do recall" a conversation in Poland where he told a Zelenskiy aide that resumption of military aid likely would not happen until Ukraine had provided a public anti-corruption statement.

Sondland testified that he spoke with Secretary of State Mike Pompeo about Giuliani, and Pompeo rolled his eyes.

"Yes, it's something we have to deal with," Pompeo said, according to Sondland's testimony.

Like other witnesses, the two underscored the pivotal role Giuliani played in Ukraine policy and their concerns about it. Giuliani, Trump's personal lawyer, pressured the officials to encourage the new Ukrainian president to make a public statement that specifically mention probes into Burisma, a Ukrainian gas company linked to Biden's son, Hunter, and also Ukraine's role in the 2016 elections.

Sondland said that "until Rudy was satisfied the president wasn't going to change his mind."

The statement never went out after the Ukrainians didn't want to add the references.

Volker also cast doubt on Giuliani's reliance on a former Ukrainian prosecutor, Yuriy Lutsenko, as a major source for spreading unproven allegations about the Bidens.

The envoy said he told Giuliani: "Lutsenko is not credible. Don't listen to what he is saying."

Sondland told investigators Trump was in a "bad mood" and nearly hung up on him when he asked him in a September phone call whether the White House was withholding military aid in exchange for the investigations. Sondland spoke to the president after Taylor had said it was "crazy" to link the two things.

"It was a very quick conversation," Sondland recounted. "He said, 'I want nothing. I want no quid pro quo. I want Zelenskiy to do the right thing.'"

Volker and Sondland both testified they were disappointed after briefing Trump at the White House upon their return from Zelenskiy's inauguration in May.

Sondland said he and others wanted to tell Trump of their excitement about Ukraine's new leader, but he didn't want to hear about it.

"So I was pretty frustrated. I was kind of pissed, actually," Sondland said.

Volker said Trump described Ukrainians as "all corrupt, they are all terrible people" and that they had "tried to take me down" in the 2016 election.

"His attitude towards Ukraine was just general and negative," Volker said. 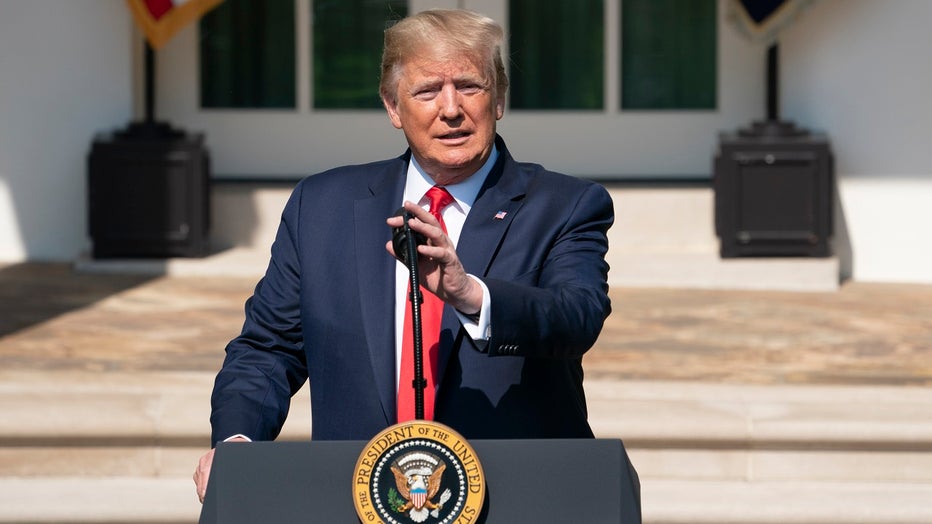 WHAT THEY DON'T REMEMBER, OR DON'T KNOW

Sondland frequently told investigators that he didn't remember key events about which others had testified.

Marie Yovanovitch, the former Ukraine ambassador who was ousted in May, had told lawmakers that Sondland advised her to "go big or go home" as she was under pressure from Washington. He told her to tweet in support of the president, she said.

Sondland's testimony contradicts that of other witnesses who described a July meeting with Ukrainian officials in the White House in which Sondland brought up the investigations. Fiona Hill, a former White House Russia adviser, and NSC aide Alexander Vindman both testified of frustration afterward.

Sondland said Hill's testimony was so contrary "to any recollection I had, I thought I must have slept through something and missed something."

On Sept. 22, just as reports emerged that the whistleblower complaint was related to Ukraine, Giuliani texted Volker and said, "all I need is for you to tell the truth." The text came days before Volker resigned from his job as Ukrainian envoy, and a week and a half before he testified in the Democrats' impeachment inquiry.

Giuliani texted Volker that he wanted to make sure it was clear, and said publicly, that Volker had set him up with a top aide to Zelenskiy, Andriy Yermak, for a meeting over the summer.

"Really this is not hard just fair to affirm truth," Giuliani texted. Volker later then pointed Giuliani to an August statement from the department that notes Volker put the two in touch.

But in his testimony, Volker said it's "not the truth" that Giuliani was acting at the behest of the State Department, as Giuliani had been implying.

Sondland described a "casual social evening" he hosted in Brussels in June to which he invited Zelenskiy and several other national leaders that included an unlikely guest - the comedian Jay Leno.

Sondland said that Zelenskiy, who himself was a comedian before become president, was honored to meet the entertainer.