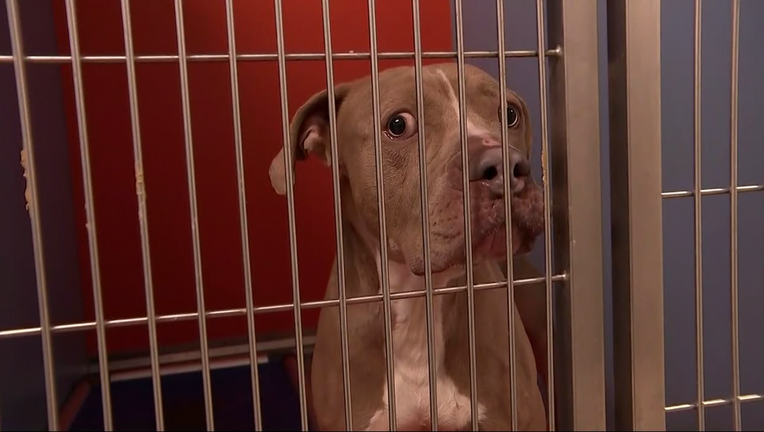 PHILADELPHIA (FOX 29) - ACCT Philly is temporarily suspending major operations — including dog adoptions and most owner surrenders — as it tackles upper respiratory infections in a number of dogs at its kennels.

Though 'kennel cough' isn't unusual in shelter environments, ACCT Philly determined that precautionary measures were warranted due to unusually severe pneumonia cases that have led to the deaths of some affected dogs.

"After consulting with national experts and other partners, ACCT Philly has been advised that the best chance of restoring health in its kennels will require a two-week shutdown of adoptions as well as the sheltering-in-place of dogs already in its kennels," shelter officials said in a statement.

Since the beginning of the shutdown, officials have identified the primary cause of the respiratory illness as canine pneumovirus. The virus can cause an epidemic of respiratory illness because it is highly contagious, most dogs do not have immunity and there is no vaccine, per ACCT Philly.

During the shutdown, which has been extended through June 7, the shelter aims to avoid new dog intakes "as much as possible," adding that only owner-surrendered dogs who are a risk to public safety, ill or suffering will be accepted. Such instances would require euthanasia.

The organization's help desk is assisting dog owners who must surrender their pets by providing additional options for consideration. Pennsylvania SPCA's Erie Avenue Headquarters is also partnering with the shelter to assist with stray intake and owner surrenders.

ACCT Philly is the only open-intake shelter in Philadelphia.

The shelter, with help from Philadelphia's Office of Emergency Management, has secured limited space away from the general population to house and quarantine a few incoming stray dogs, with the goal of transfering them to other rescues if no owner claims them after 48 hours.

ACCT Philly is urgently seeking donations, fosters, volunteers and supplies as it attempts to tackle the fast-spreading infection.

As of Tuesday, seven cats, 22 kittens and six dogs are timestamped for euthanasia. The shelter currently has more than 100 cats and 100 dogs available for adoption.

ACCT Philly is still accepting long-term dog fosters at homes with no other pets. Cat adoptions will also remain open during the two-week shutdown.