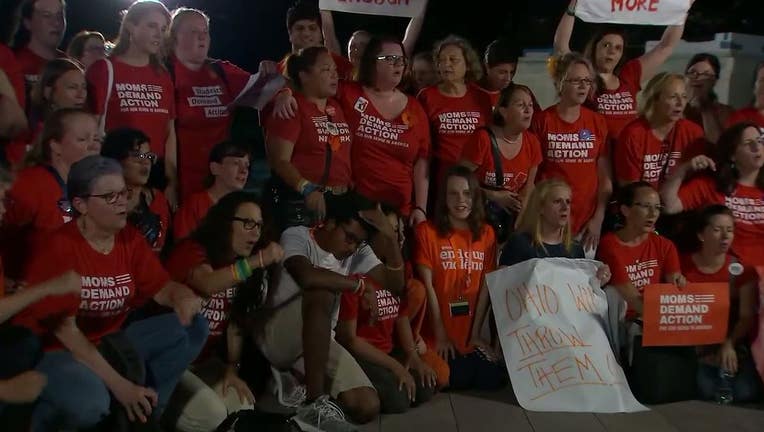 Hundreds gather in front of the White House to protest gun violence in the wake of the mass shooting in El Paso, Texas. (FOX 5 DC)

PHILADELPHIA - Gun control advocates are rallying around the country this weekend, seeking to pressure Congress to tighten the nation's gun laws after the recent mass shootings in El Paso, Texas, Dayton, Ohio and Northern California.

The group Everytown for Gun Safety announced recently that it planned to hold rallies over the weekend in every state. The group is demanding a strong federal "red flag" bill to allow seizure of weapons in certain cases and legislation requiring background checks on all gun sales.

Democrats on the House Judiciary Committee announced Friday that they will be returning early to consider other gun-violence legislation. The House has already approved legislation bolstering background checks for gun purchases.

The gunmen in El Paso and Dayton killed a total of 31 people in back-to-back weekend shootings in early August that stunned the nation and revived calls to tighten access to firearms. Those shootings came days after another gunman opened fire at a festival in Gilroy, California, killing three people.

US records nearly 20 mass killings for the year so far 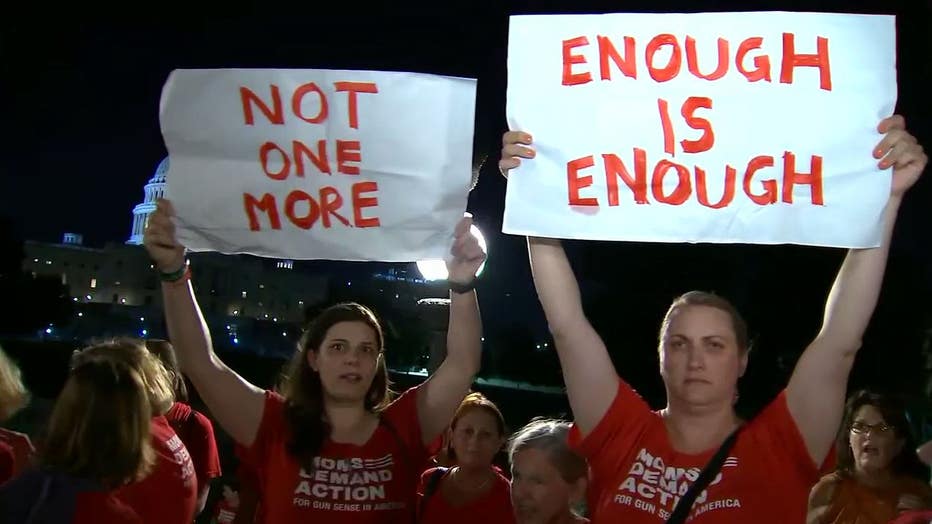 Among those calling for reform is the activist group Moms Demand Action.

The group was founded after a mass shooting at Sandy Hook Elementary School left 20 first graders and six educators dead. Since its inception, it has become the largest grassroots movement working to reduce gun violence.

“Congress is on recess, but gun violence is not,” the group said in a statement ahead of the weekend's rallies.

“The American people are already united on this issue," said Brady Vice President of Policy Christian Heyne. "More than 90% of Americans agree that we should expand our background check system and two-thirds of Americans want a ban on assault weapons. These solutions are popular across party lines. Gun owners and non-gun owners agree that it’s time we take action."

Volunteers with the Pennsylvania chapter of Moms Demand Action will gather at the Philadelphia Episcopal Cathedral to demand change. The rally is scheduled to start at noon on North 38th Street.

In New Jersey, Moms Demand Action is hosting a rally at the Trenton War Memorial. The event kicks off at 11 a.m. on Memorial Drive.