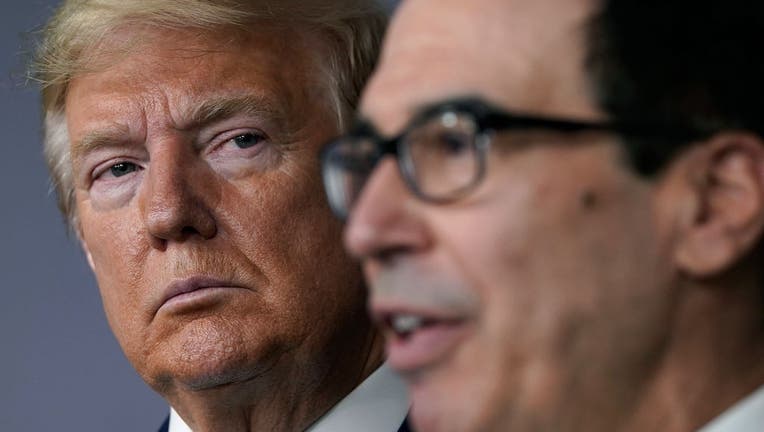 WASHINGTON, DC - MARCH 17: (L-R) U.S. President Donald Trump listens to Secretary of the Treasury Steven Mnuchin speak during a briefing about the coronavirus in the press briefing room at the White House on March 17, 2020 in Washington, DC. The Trum

NEW YORK - Republican Sen. Mitt Romney proposed the government giving $1,000 checks for every American adult amid the shutdown of bars, restaurants, and resorts in many places in the country due to coronavirus and the administration is now considering some sort of cash handout.

On Monday, Romney said he wants the federal government to send out one-time checks to help families meet their own short-term needs and bolster the economy, similar to actions Congress took during recessions in 2001 and 2008, he said in a statement.

At a White House briefing on Tuesday afternoon, U.S. Treasury Secretary Steven Mnuchin said the administration is considering ways to get money into consumers' hands.

He said that President Trump wants to send checks to Americans "in the next two weeks" in an effort to curb the economic costs of the coronavirus outbreak.

"This is stuff that needs to be done now," Mnuchin said.

He didn't give any details but cautioned that a blanket program to give money to everyone might not be a good idea.  He said the doesn't want millionaires to be getting checks.

Mnuchin also says that the federal government intends to keep the financial markets open.  He did caution that the hours they operate may need to be shortened at some point.