Bridgeton, N.J. - Surrounded by coaches, men who help guide and mentor them these kids are playing in an All-Star basketball tournament called Players vs. Drugs, Guns and Gangs. JT Burks organized it under his Millville based organization Positive Vibes.

"A lot of times they see that negativity is highlighted so this is just another event to show them that they can be the leaders and spread the positive message," he said. Burks partnered with John Fuqua to bring the event to Bridgeton.

"I'm from here. I was a kid that people gave up on so I know what it means to have real good support," he said. 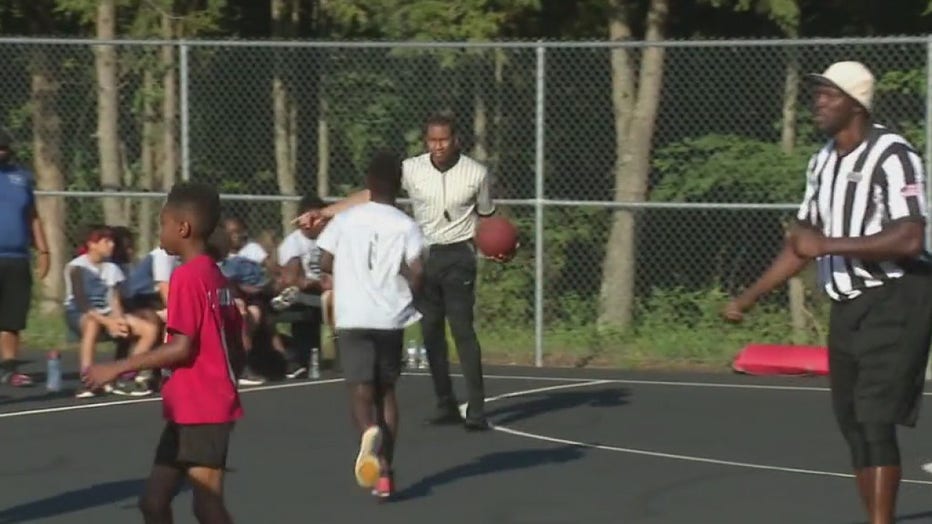 Levi Feeney-Childers, 12, hasn't seen violence himself but says it is on his mind.

"It makes me feel threatened because I don't know if I'm going to get shot one day or walking. I can't run outside or nothing," he said. He and Denim Hornds say sports help keep them on the right path.

"I wanted to play basketball that's when my dad started taking me to parks and my backyard," said Denim. But at 13-years old Denim has seen violence. His dad Dwayne Watford is one of the coaches.

"My son he witnessed his cousin getting killed where he live at and that was about three years ago and ever since then it took a toll on him." Watford says the game helps keep kids motivated. The players’ jerseys also have the names of victims of violence from their area on the back.

"It's a future out here other than gang banging and other than what they're growing up around," said Watford.