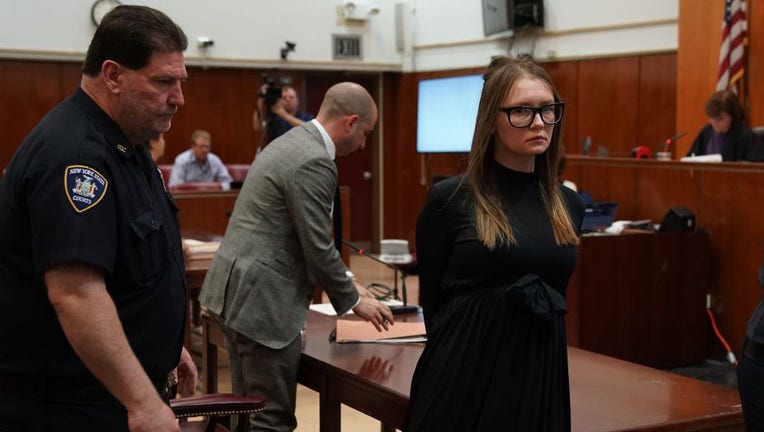 Fake German heiress Anna Sorokin is led away after being sentenced in Manhattan Supreme Court May 9, 2019 following her conviction on multiple counts of grand larceny and theft of services. (TIMOTHY A. CLARY/AFP via Getty Images)

EXCLUSIVE: Anna "Delvey" Sorokin is trying to overturn her conviction for swindling friends and businesses out of more than $200,000 in an elaborate con that inspired a hit Netflix series, but there’s one hiccup — her former lawyer has refused to turn over her court file.

"I do not work the month of April for it is my birth month," Sorokin's ex-lawyer wrote in an email justifying the delay in turning over the file"

"I’ve never seen this type of behavior from an attorney in my life," Levin, a former federal prosecutor told Fox News Digital. "Its absolutely unprofessional. My client is harmed by it. We need the file to adequately prepare her appeal."

Thomas has been holding the file hostage for at least four months, stalling the immigration and criminal appeal, according to the suit filed this week in Manhattan Supreme Court.

ANNA ‘DELVEY’ SOROKIN SEQUESTERING IN ICE CUSTODY: ‘I DON’T SEE A REASNO WHY I SHOULD BE BANNED FOREVER'

The filing includes 27-pages of exhibits that in part document the fruitless back and forth between the attorneys. 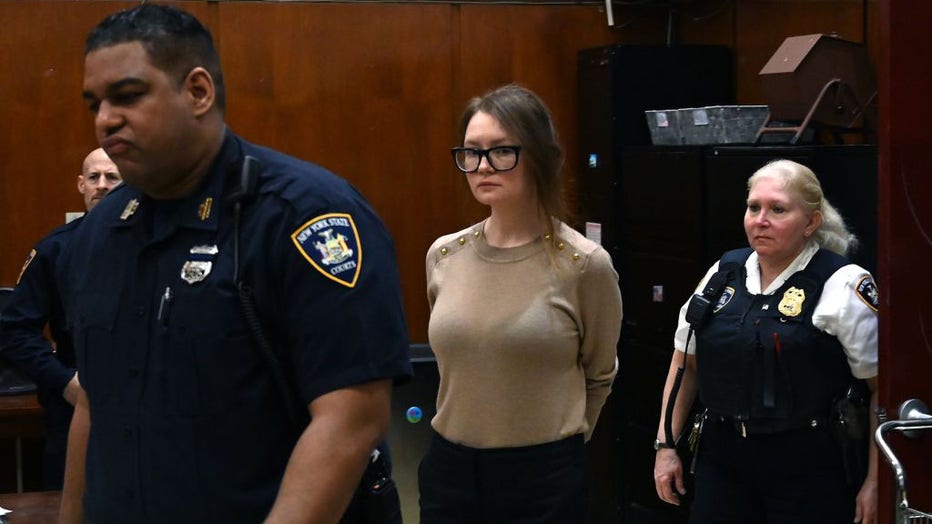 Anna Sorokin better known as Anna Delvey, is seen in the courtroom during her trial at New York State Supreme Court in New York on April 11, 2019. (TIMOTHY A. CLARY/AFP via Getty Images)

Sorokin’s best shot at staying in the U.S. is to overturn her 2019 conviction for posing as a wealthy heiress, stealing from banks and businesses, so she could live extravagantly and insinuate herself into New York high society.

Rather than return to Germany, where she would immediately be free, the Soho grifter, 31, is in Immigration and Customs Enforcement (ICE) custody at the Orange County Correctional Facility, in New York, fighting her deportation.

She hired Thomas in 2020 for her appeal and immigration case after dropping her trial lawyer Todd Spodek, who is a notable character in the trending Netflix series "Inventing Anna" starring Julia Garner.

In an email to Sorokin’s new lawyers, Thomas offered justifications for the delay in turning over the file — including that their demand "will not be entertained as that is not how reality works."

She added in the April 7 message, "I do not work the month of April for it is my birth month and therefore, I am out of the country until April 30, 2022. Anna is fully aware of this."

Further, she cautioned Sorokin’s new lawyers not to "disparage" her name unless they want her to respond in kind. "I am not one who will ever be the bigger person," she wrote.

Thomas says Sorokin owes her money — but Levin alleges she has yet to submit a bill to his client despite repeated requests and was fired for doing "no meaningful, substantive legal work" on the case, according to the suit.

After Thomas was axed, she called Sorokin an "ungrateful b—ch" in a statement to Insider.

Thomas retained attorney Richard Grayson who told Sorokin’s legal team in a May 13 email that his client would be out of the country indefinitely due to an air controller airstrike in Jamaica. "She does not know when she will be able to obtain a flight to return to the U.S.," he wrote.

"She has literally taken the file and run away with it," Duncan told Fox News Digital.

Thomas has her own legal troubles — including a 2020 arrest and grand larceny indictment in Queens, alleging she embezzled more than $200,000 from a client she represented in a real estate deal, court papers shows.

Sorokin was hit with a four-to-12-year sentence in 2019 on grand larceny and theft of services convictions for posing as the scion of a wealthy German family with a 60 million euro fortune. She used the alias Anna Delvey to try to score a $22 million bank loan to launch a Manhattan art club.

Her good behavior in lockup earned her early release in February 2021.

But her freedom was short-lived. After six weeks flaunting her celebrity on social media, giving countless interviews and gallivanting around New York City with a personal videographer, ICE picked her up for overstaying her visa.

Her relationship with Thomas had begun to sour by September of last year. "You literally call me every day to ask me the same questions," Thomas emailed Sorokin on September 2, 2021. "Please stop dumping all of the unnecessary emotional stress you are under on me…I am a great attorney because I am detached from emotion."

The attorney has her own personal ventures, including a forthcoming book titled, "FAT NUH MEK IT: The JAMAICAN AMERICAN'S GUIDE TO SELF-ACTUALIZATION," according to a post on her Twitter page.

Sorokin hasn’t let jail dampen her social media presence. She has 1 million Instagram followers and even hosted an art exhibit from behind bars.

"This case is just one example of people who took advantage of her for what were ultimately self-serving motives," said her spokesman Juda Engelmayer, who also represents convicted rapist Harvey Weinstein.  "More will come out soon and people will realize Anna was used and victimized by opportunists."

Haley Chi-Sing contributed to this story.

Get the latest updates on this story at FOXBusiness.com.