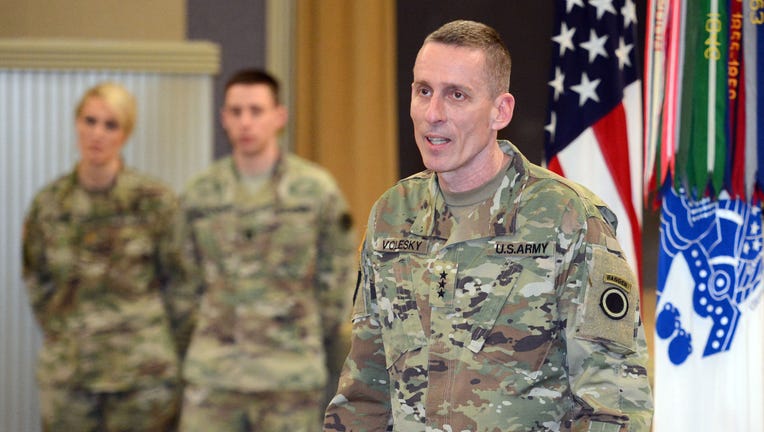 WASHINGTON - A retired three-star general of the U.S. Army has been suspended from a "mentor" position after sarcastically congratulating first lady Jill Biden for learning "what a woman is."

The Army confirmed the suspension to Fox News Saturday and confirmed speculation that the veteran was under internal investigation for mocking Biden.

Fox News Digital reached out to the U.S. Army for clarification on the matter. A spokesperson for the Army confirmed that Retired Lt. Gen. Gary Volesky has been suspended. It also confirmed that he was part of an "inquiry," but provided no further details.

US Armed Forces: Quick history of the 6 military branches

The U.S. military is made up of the Army, Marine Corps, Navy, Air Force, Space Force, and Coast Guard. Here's a quick look at each service branch and its creation.

"For nearly 50 years, women have had the right to make our own decisions about our bodies. Today, that right was stolen from us," Jill Biden wrote in the aftermath of the Dobbs case. "And while we may be devastated by this injustice, we will not be silent. We will not sit back as the progress we have already won slips away."

"Glad to see you finally know what a woman is," Volesky replied.

RELATED: Army eases tattoo rules — Here's how it compares to other US military branch policies

Volesky is not serving as an active member of the military and is a civilian employee.

It is unknown how long the inquiry will take, and the Army has not released any additional information.