ATLANTIC CITY, N.J. - Atlantic City is making sure kids know when they should be home and not on the boardwalk or city streets.

City residents learned firsthand from Mayor Marty Small and emergency responders like Deputy Police Chief James Sarkos that AC is serious about curbing violent crime. They hope the system helps by sounding off at 10 p.m.

They put the new system to the test Thursday morning and just like at City Hall the optimism flowed. 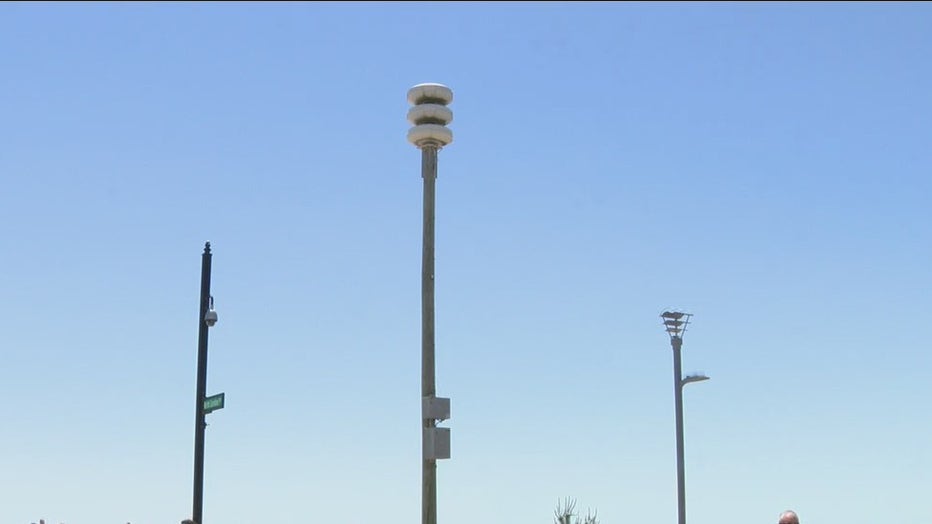 "So we are going to proactively enforce that curfew ordinance. We think the sirens will aid us in our ability of doing that. They’ll serve as a reminder to the youth that they need to get home by 10 p.m. Also, it will be a reminder to parents that it’s 10 o’clock — do you know where your son or daughter is?" Chief Sarkos said.

The original system of a half dozen speakers was installed in 2005 and now there are 11, all courtesy of state grant money.

Fire Chief Scott Evans says it was originally used to warn beachgoers about lightning storms and other hazards, but now it will be used for a variety of reasons, including flooding, general announcements and the curfew.