OXFORD CIRCLE - Police say they have arrested a man for arson, after several cars went up in flames. First, at a Philadelphia auto repair shop in the Northeast, then at a car dealership. Both businesses are just a few blocks from each other.

Caught on surveillance camera, a fireball erupts from what is a barely distinguishable image of cars outside a Logan Circle auto repair shop. That explosion, employees say, was no accident.

“It’s like, where people work, you know? People make a living and you just, for no reason, you just come down and decide to set fire,” said employee Andre Cunha.

The incident happened just after 3:30 a.m. at Northeast Community LLC, at the corner of Oakland and Roosevelt Boulevard.

In video given to FOX 29, a man is seen entering one of the cars, a fire start inside and the man eventually walks away.

Employees say one of the cars burned belonged to a customer.

From a different angle, as the fire starts to grow, the same man appears to nonchalantly walk through the lot and scope out other cars. Cunha says they don’t know the man.

“We have no idea, just a random guy. You can see in the video, he just walked down the street and decided, ‘I’m going to set fire to these cars for no reason,’” Cunha stated. 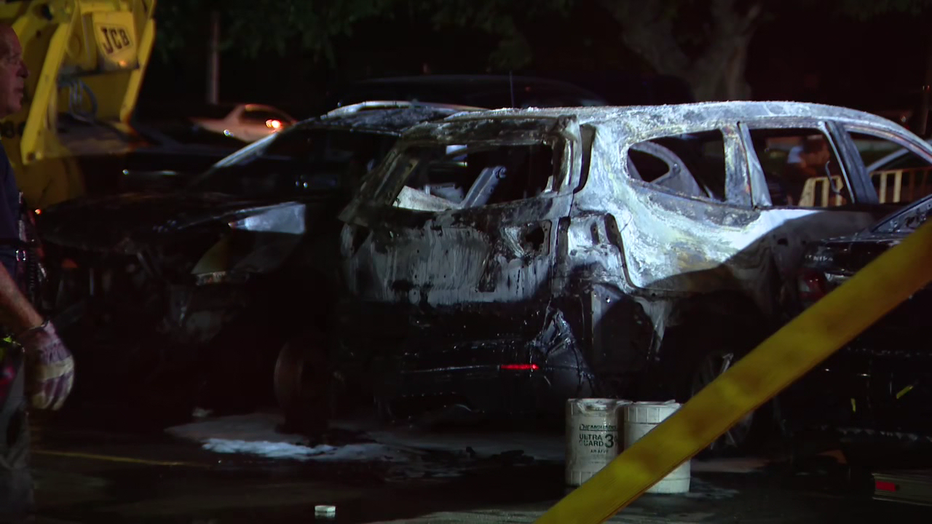 Philadelphia firefighters quickly put the blaze out. But, then they received a new call just a couple blocks down Roosevelt Boulevard to Hessert Chevrolet.

A witness snapped a photograph.

An owner at the business says the fire damaged several brand new cars beyond repair, for absolutely no reason.

“Oh yeah, it’s completely frustrating. You get a call in the middle of the night, then you wonder is somebody hurt, is your building burning down or what’s happening,” explained Hessert Chevrolet owner Tom Hessert.

The fire did not spread to the dealership’s building.

Police say the Fire Marshal ruled both fires arson and they arrested the person responsible, but could not confirm if it’s the person caught on Northeast Community’s cameras. 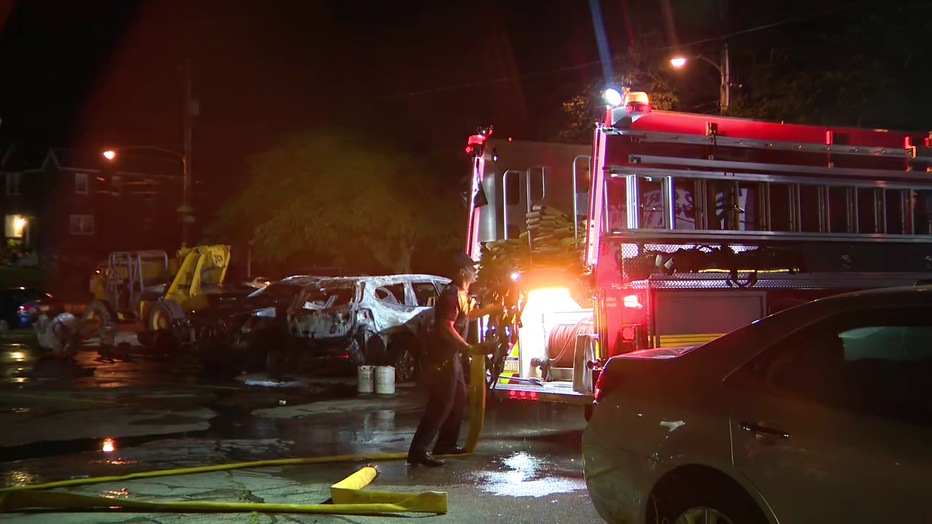 “Decide to take his lighter out and set some cars on fire, break a window and then set the interior on fire. There’s nothing normal about that,” Hessert said.

Hessert said this happened on the worst possible day, a day when an event was planned for the community. The event went on, as scheduled, but the dealership now has cars to replace.