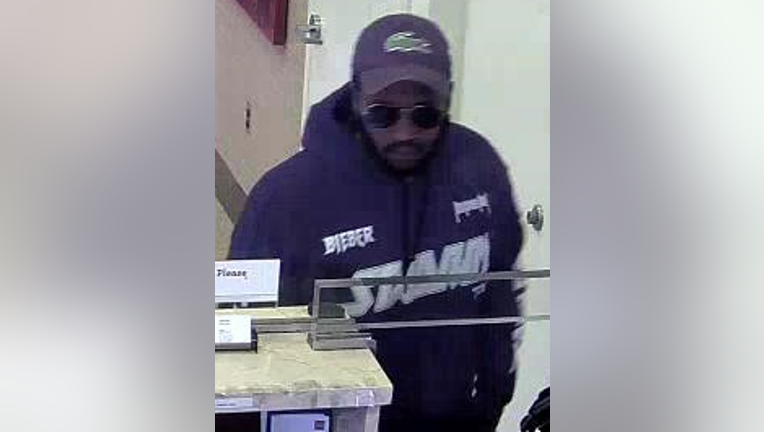 CRESCENTVILLE - Police are searching for a man who allegedly robbed a Wells Fargo bank Wednesday morning in Crescentville.

Authorities say the man entered the bank on the 700 block of Adams Avenue around 10:40 a.m. Once inside the suspect reportedly passed the bank teller a threatening note and verbally demanded money.

According to police, the teller handed over an undisclosed amount of cash. The suspect fled the bank on foot and was last seen in the parking lot on Adams Avenue. 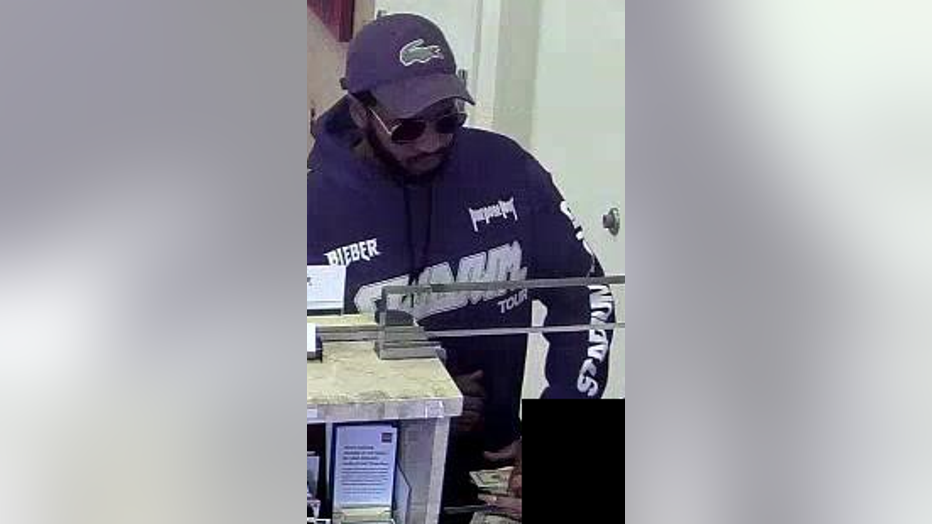 Investigators describe the suspect as a black man in his mid-20s to early-30s, approximately 6 feet tall with a medium build and a beard. He was reportedly wearing a black SWARM Tour hooded sweatshirt, dark sunglasses and a black Lacoste baseball cap.

Police say there is a reward for any information leading to the suspect's capture.

Anyone with information on the suspect's whereabouts can contact investigators at 215-418-4000.