The Philadelphia Eagles family is growing!

PHILADELPHIA - Philadelphia Eagles quarterback Carson Wentz has a very special reason to be thankful this Thanksgiving. Wentz and his wife Madison announced they are expecting their first child.

"So much to be thankful for, but this might take the cake!" Wentz wrote in the announcement made on Instagram Thursday.

The announcement featured a set of photos featuring the Wentz's family dog and a few photos of the happy couple. 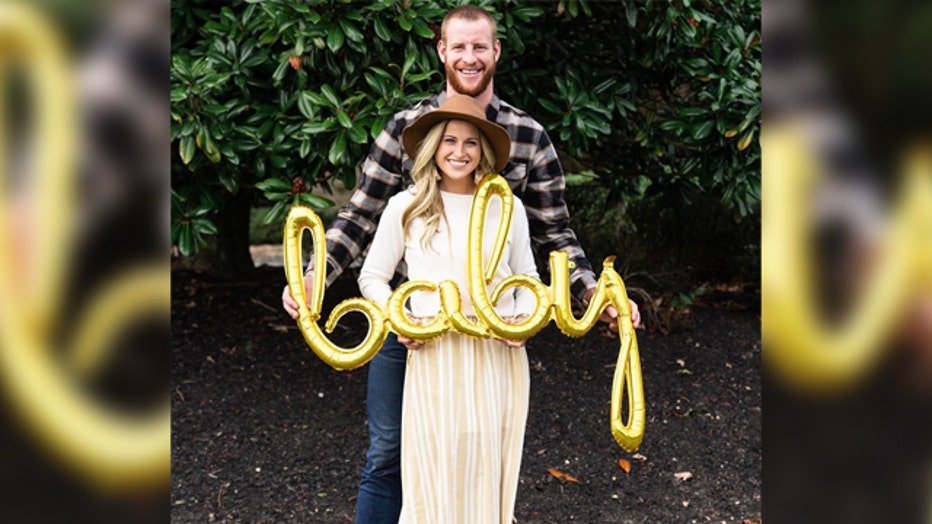 Carson and Maddie officially tied the knot on July 15, 2018.

There has been quite a baby boom amongst Philadelphia athletes so far in 2019.