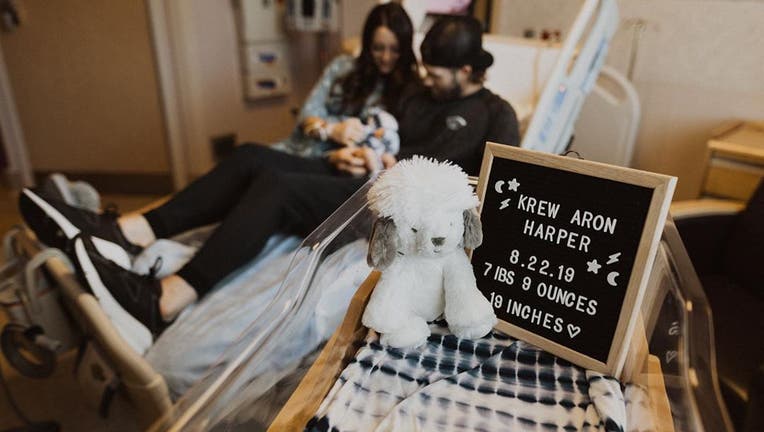 PHILADELPHIA - Bryce Harper is officially ready to raise a li'l slugger in Philadelphia.

Harper announced Monday on Instagram that he and his wife, Kayla, welcomed their first child, Krew Aron Harper, into the world on Thursday.

Harper posted a photo of his family at the hospital with a sign toting Baby Harper's stats: Born Aug. 22 at 19 inches tall and 7 pounds 9 ounces.

The Philadelphia Phillies placed the slugger on paternity leave last week. He is expected to join the team in its Monday night matchup against the Pittsburgh Pirates.