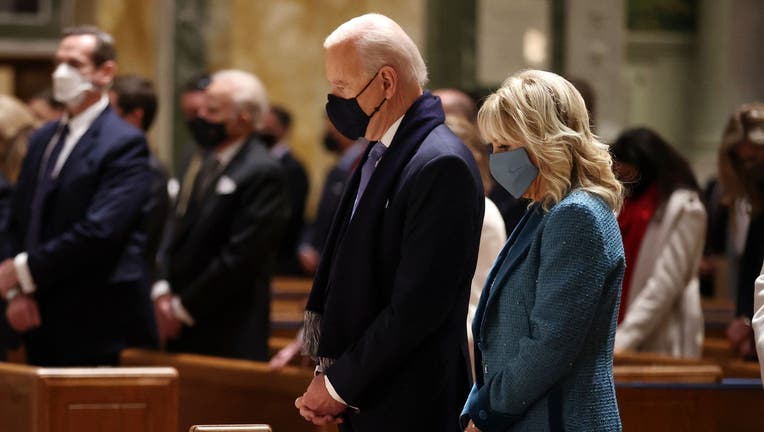 U.S. President-elect Joe Biden and Dr. Jill Biden attend services at the Cathedral of St. Matthew the Apostle with Congressional leaders prior the 59th Presidential Inauguration ceremony on January 20, 2021 in Washington, DC. During today's inaugurat

WASHINGTON (FOX 5 DC) - President-Elect Joe Biden - who is making history as the nation's second Catholic president - attended services at St. Matthew the Apostle Cathedral in DC ahead of the Inauguration on Wednesday.

Biden attends services at St Mathews ahead of inauguration

President-Elect Joe Biden - who is making history as the nation's second Catholic president - attended services at St. Matthew the Apostle Cathedral in DC ahead of the Inauguration on Wednesday.

He was joined by House Speaker Nancy Pelosi, as well as Senate leaders Mitch McConnell and Chuck Schumer.

READ MORE: A look back at significant inaugurations throughout U.S. history

The last time a Catholic president sat in the White House was 1961 when John F. Kennedy was inaugurated as the first.

Kennedy was known to celebrate Mass at St. Matthew during his presidency.

PHOTOS: Inauguration Day from past to present 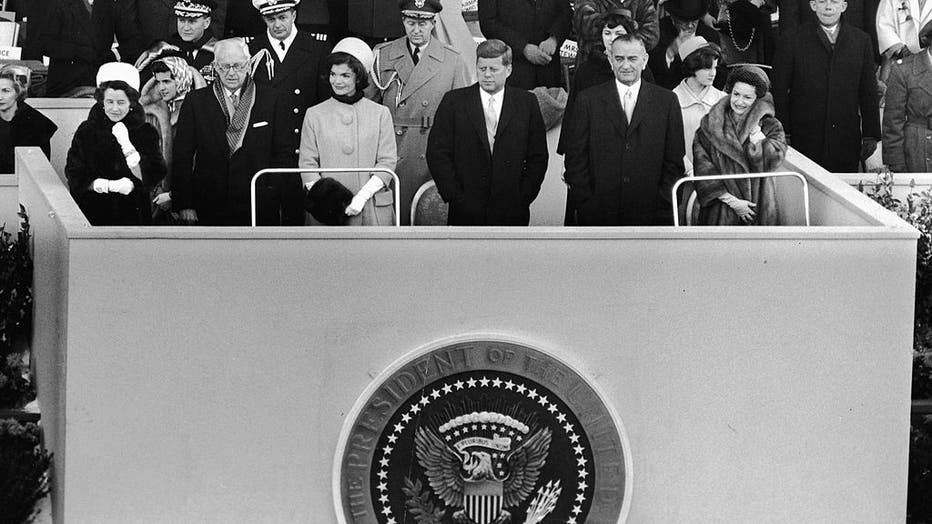 American President John Fitzgerald Kennedy (1917 - 1963) stands on a platform for his inauguration as 35th President on the east front of the US Capitol, January 20, 1961. (L-R) His parents, Rose and Joseph Kennedy, First Lady Jacqueline Kennedy (192

Biden’s home parish is St. Joseph on the Brandywine in Delaware.

Roman Catholic journalist Rocco Palmo told FOX 29 in Philadelphia that Biden was an enthusiastic member of his parish.

"He’s the guy I would see in the pew at the parish. If he didn’t have Secret Service protection he’d probably be the guy taking up the collection," Catholic journalist Rocco Palmo said.

Biden second Catholic to be sworn into the presidency

Joe Biden is the second catholic to be sworn into the presidency and he picked the most prominent Catholic Church in D.C. for his historic morning prayer. FOX 5’s Bob Barnard has the latest.

Inauguration Day 2021: Everything you need to know

Palmo says he believes Biden’s faith will play a role in his presidential policy.

"Of course the Democratic Party and the church have long been at loggerheads in terms of abortion. When it comes to immigrants, when it comes to looking out for the least, when it comes a priority for the poor and working people. These are the core elements of what we call Catholic social teachings," Palmo said.

Father O’Donovan is a friend of the Biden family, and was the main celebrant at the Mass for Biden’s son Beau in 2015 at St. Anthony of Padua Parish in Wilmington, Del.

Cardinal Wilton Gregory – the archbishop of Washington – delivered the invocation Tuesday night at a memorial service at the Lincoln Memorial to honor the 400,000 Americans who’ve died as a result of COVID-19.