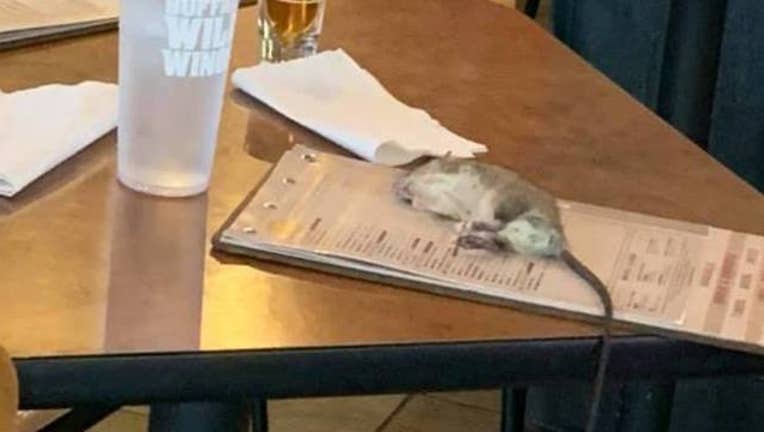 LOS ANGELES - This would make anyone lose their appetite.

Customers dining at a Buffalo Wild Wings restaurant in the Westchester area of Los Angeles got a big, furry surprise when a large, live rat fell from the ceiling and on to a table!

Alisha Norman was getting ready to order when she says she heard something crawling around above her. Moments later, the rat came falling down "like a Mack truck," landing on top of a menu at the table next to her.

Norman, who was there on vacation from Texas, tells Fox 35 everyone in the restaurant was in shock.

"The waitresses stood off to the side until after the manager picked him up with two plates and dumped him in a bag."

As unappetizing as it was, Norman says she isn't mad and the manager comped her and fellow diners meals. 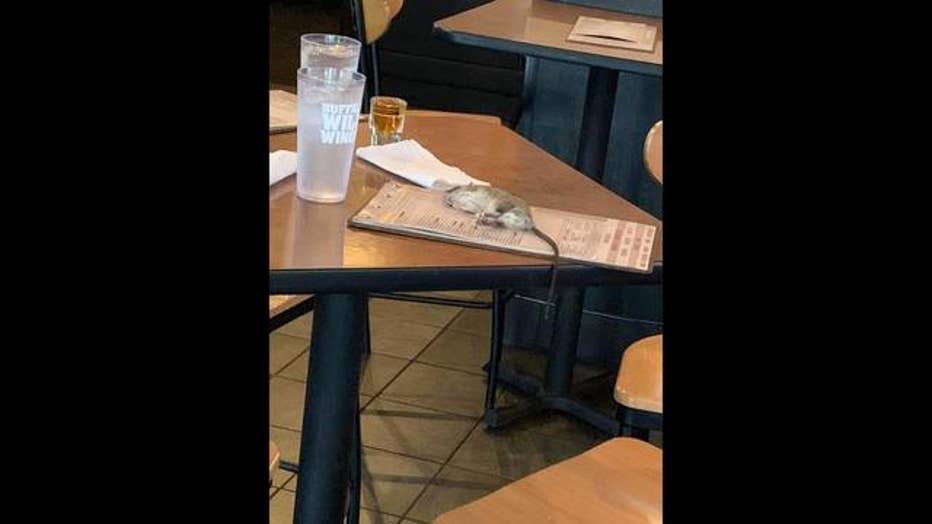 But she isn't sure she'll be paying a visit to the restaurant again.

Norman says that the manager claimed that recent construction was to blame for the unexpected rodent.