"There was a bear in my backyard," laughed Kyle Herring.  He says a few hours ago he spotted a black bear running through his yard on Integrity Avenue.

"I was making my kids lunch. I was at the kitchen window and we have a swing set in the back and the bear just goes running through my backyard. 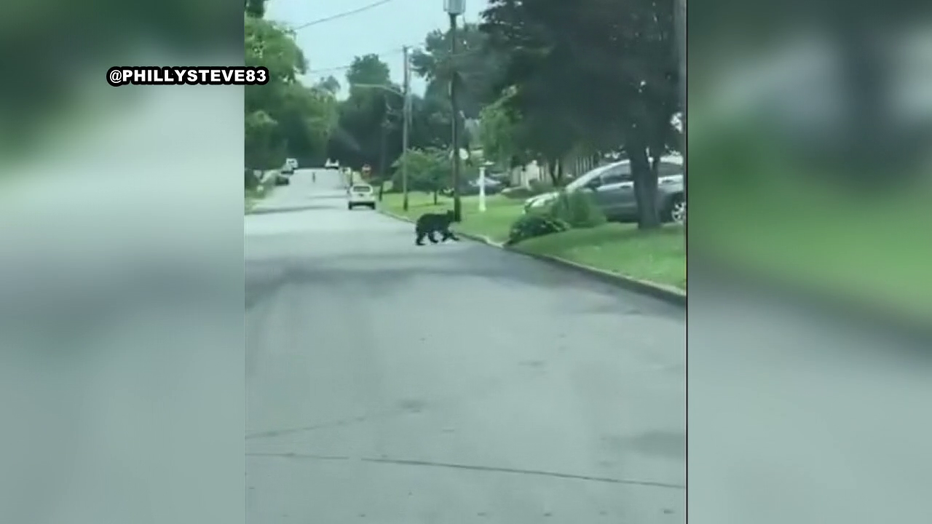 "It wasn't a cub. Clearly not full grown so there might be a bigger one nearby," said Kyle.

Chris and Lisa Rogers live down the street.  they waited hours before allowing their girls Abigail and Samantha out to play.

"They're outside playing now that we know that there is no bear on this street like earlier today," said Lisa.

Elsewhere in the neighborhood, a group of girls says the bear didn't get them out of school early. It forced them to stay inside.

"It was a light lockdown. We didn't have to hide in our classrooms. We just weren't allowed outside," said 12-year-old Emma Nolen who goes to Springfield Township Middle School. Her friend Alyssa Benko chimed with saying, "It’s kind of weird because we haven't really had a bear here before that I remember."

"I think it's kind of cool because Oreland and everything is really boring. So I thought it was interesting to have something kind of new and a change of pace," she said.

A bear was also seen in Warrington, Bucks County. Officials aren’t sure if it’s the same one.