Police in Bucks County are warning residents about a black bear that has been spotted in the area over the weekend.

WARRINGTON TOWNSHIP, Pa. - Police in Bucks County are warning residents about a black bear that has been spotted in the area over the weekend.

Warrington Township Police reported a sighting on Saturday in the area of Neshaminy Creek, Garden Avenue, and Street Road. 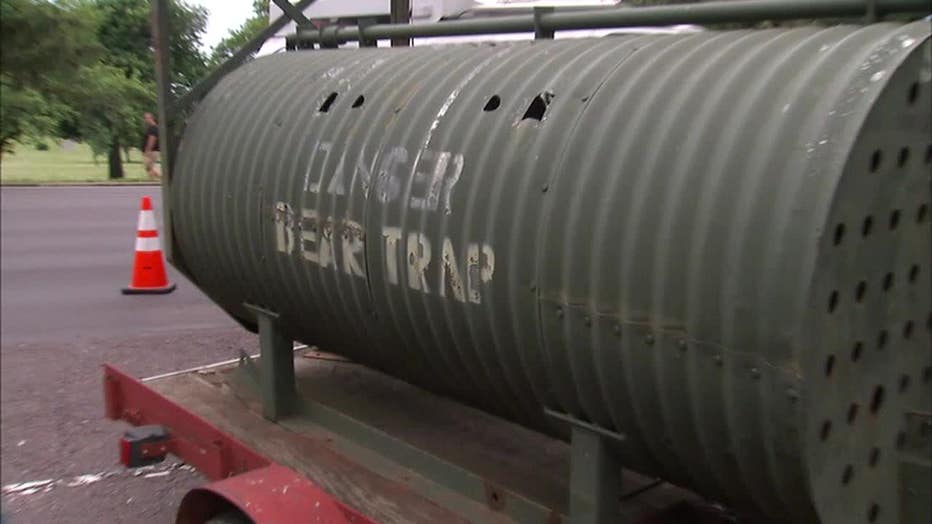 Over the weekend, members of the Pennsylvania Game Commission worked to try and corral the bear so they could move it to a more suitable habitat.

The bear was not captured, and officials have since asked residents to avoid the animal if they see it. The game commission also shared tips to avoid potential interactions with the bear.

- They are most active at dusk and dawn

- Don’t put trash out until the morning of collection

- Bring bird feeders in at night

- Store trash, bird seed and pet food inside a building/garage or secure shed

- Bring pet food in at night

- Don’t place food out for other wildlife

- Intentionally feeding bears is against the law in PA.

If you come across a bear on your property:

- Make loud noises or shout at the bear from a distance, like you would at dog getting into your trash; OR leave the bear alone, and clean up the bear’s mess after it leaves