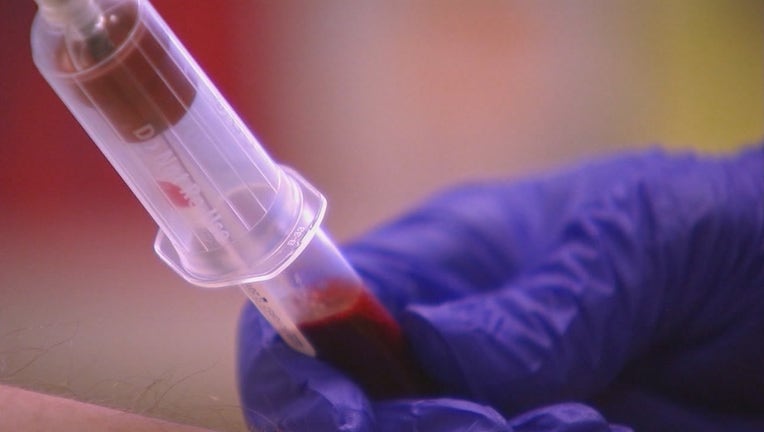 A new blood test could predict if you will die in the next decade with more than 80 percent accuracy, researchers claim.

The groundbreaking test, which can estimate a person's risk of early death, was developed by a team in Germany. And they say it could be used to warn people they do not have long to live - encouraging them to have a healthier lifestyle.

The breakthrough was made after taking blood samples from 44,168 people.

Scientists then analyzed 14 factors that appear to affect the risk of death, including immunity, glucose control, inflammation and circulating fat.

Using the information collected during the trial, they were able to predict whether someone was going to die in the next two to 16 years - with 83 percent accuracy.

During the trial, researchers from the Max Planck Institute for Biology of Ageing analyzed the blood of thousands of adults, with ages ranging from 18 to 109 years old.

At first, they were tested on conventional factors of death, such as their BMI, blood pressure, smoking, etc and then academics used the biomarkers from the new blood test.

Participants were given a score ranging from -2 to 3 - the higher the number, the more likely a person was going to die sooner.

Follow-up tests over the next 2 to 16 years found that more than 5,512 of the participants had died.

Currently, doctors can attempt to predict whether a patient is going to die in the next year, but predicting a patient's risk over the next 10 years is much harder to predict.

Hopes it could lead to healthier lifestyles

It is hoped that this recent set of positive results will help specialists improve how someone is treated for their medical condition.

'Exciting step but years off'

Experts have called the study an "exciting step" but have emphasized that much more research is needed before one of these tests can be used in real life.

"Biomarkers give us important insight into what's happening in health and disease," Dr. Amanda Heslegrave, a researcher at the UK Dementia Research Institute at University College London, said. "The large numbers in the study are good and also the fact that they have a large number for outcome – in this case mortality - makes the data more viable."

"However, it is limited by the fact that being only European data it may not apply to other ethnic groups without further studies," she said. "Whilst this study shows this type of profiling can be useful, they do point out importantly it would need further work to develop a score at the individual level that would be useful in real-life situations. So, it's an exciting step, but it's not ready yet."

The research was published in the journal Nature Communications.