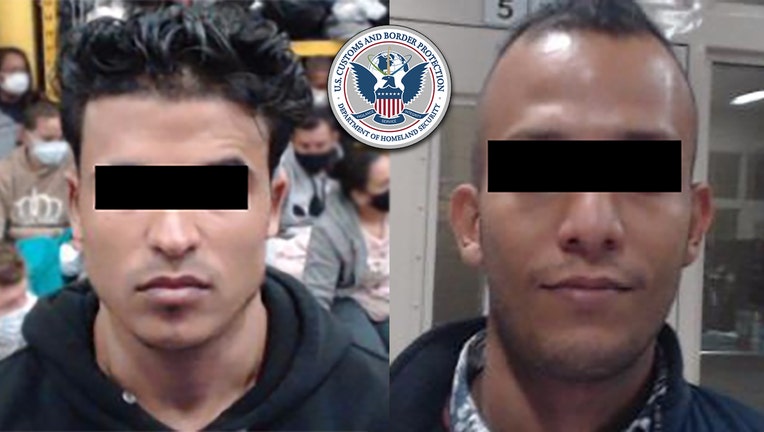 In January and March 2021, the U.S. Border Patrol arrested two men from Yemen who are on the FBI's terrorism watch list. (U.S. Customs and Border protection images)

CALEXICO, Calif. - In separate incidents in January and March, federal agents in California arrested two men from Yemen who entered the U.S. illegally and were on the FBI's terrorism watch list, officials said.

U.S. Border Patrol agents on Jan. 29 arrested a man for illegally entering the country about three miles west of the Calexico Port of Entry, authorities said.

When agents brought him in for processing and a background check, they discovered the 33-year-old Yemeni national was on the terrorism watch list and the no-fly list, according to U.S. Customs and Border Protection. Agents also found a SIM card for a mobile phone under the insole of his shoe.

ICE took the man into custody.

Then on March 30, Border Patrol agents caught a man illegally crossing the border about two miles west of the Calexico Port of Entry.

Record checks revealed that the man, a 26-year-old from Yemen, was also on both the terrorism watch list and the no-fly list, officials said. He is being held pending deportation.

"Part of the Border Patrol’s mission states we will protect the country from terrorists," Chief Patrol Agent Gregory Bovino said in a statement. "These apprehensions at our border illustrates [sic] the importance of our mission and how we can never stop being vigilant in our everyday mission to protect this great country."

The Terrorist Screening Center is responsible for compiling intelligence about people "who are known or reasonably suspected of being involved in terrorist activities" into what is officially called the Terrorist Screening Database, according to federal authorities. That database, commonly known as the "watch list," helps front-line federal and other agencies identify "known or suspected terrorists who are attempting to obtain visas, enter the country, board an aircraft, or engage in other activities," the FBI.

The U.S. Congress created the Terrorist Screening Center, a multiagency program run by the FBI, in response to the Sept. 11, 2001, attacks.

This story was produced from New York.