SOUTH PHILADELPHIA - A tip jar taken at a legendary spot for roast pork sandwiches and cheesesteaks in South Philadelphia.

The thief is pretty brazen, taking the jar while the shop was packed with customers.

In a lunch rush, John’s Roast Pork sells upwards of 200 sandwiches. It’s the busiest time of the day and the part of the day they receive the most tips. 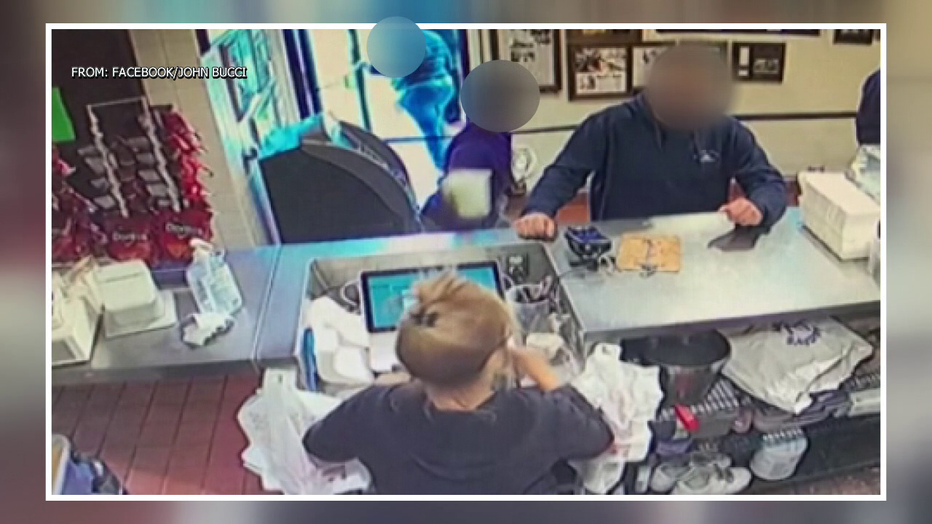 But, yesterday owner John Bucci says two people came into the store after the rush and didn’t get a sandwich. They did leave with the tips.

The faces in the video posted by Bucci on Facebook are blurred because police have not confirmed if they are looking for the individuals.

But, Bucci did file a police report and he wants to press charges. 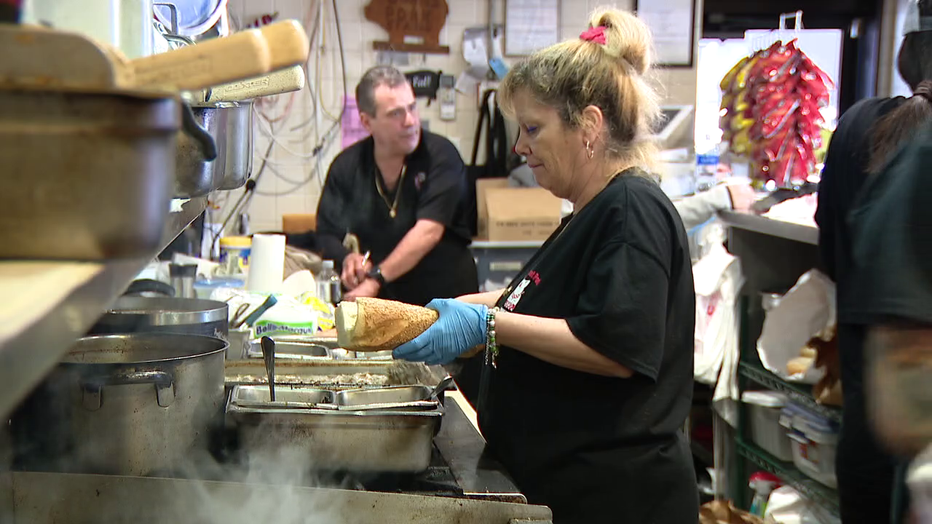 “You may just think it’s some small tip jar, but you are talking about people who enjoy working here with John. That extra money could help their family,” stated Francis Scallatino. 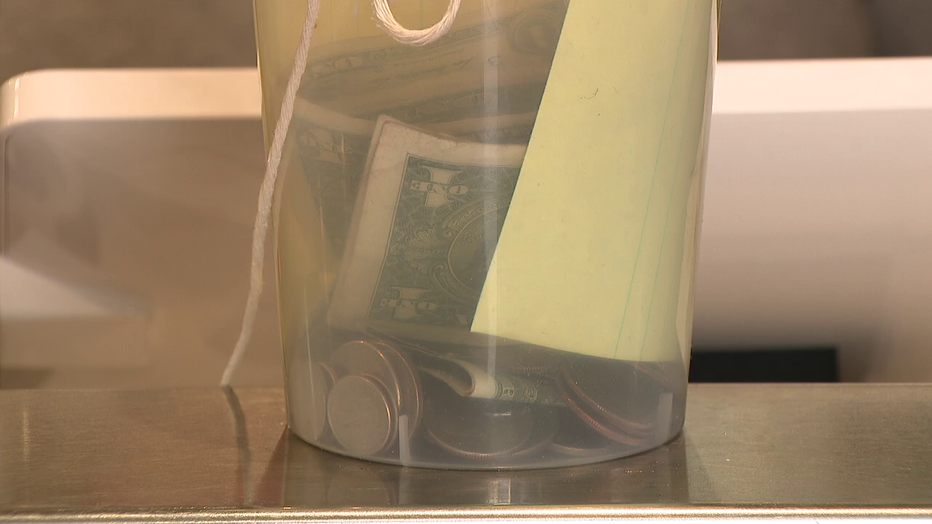 Tips in a tip jar at John's Roast Pork in South Philadelphia.

The tips are distributed weekly and the employees depend on that money.

“It’s a shame you rob a tip jar. I mean, how much are you really gonna get out of it? But, if you’re desperate, even a couple of bucks means something to these guys,” Ed Little remarked.

This isn’t the first time John’s Roast Pork has dealt with crime. Three years ago, thieves came in through the ceiling and took over $1000. Now, Bucci has 10 security cameras. And, the tip jar is now tied to the counter. 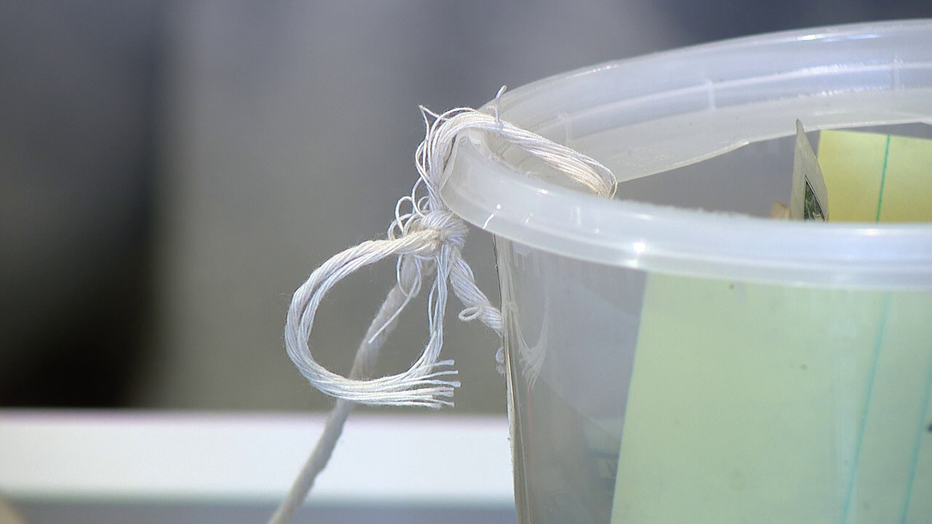 Tip jar tied to the counter at John's Roast Pork in South Philadelphia.

“It’s extremely frustrating! My employees work damn hard and I pay them well, but my customers see them working hard,” Bucci exclaimed.

People in the community are making it a point to make sure the people who work here are able to make up for the tips lost. 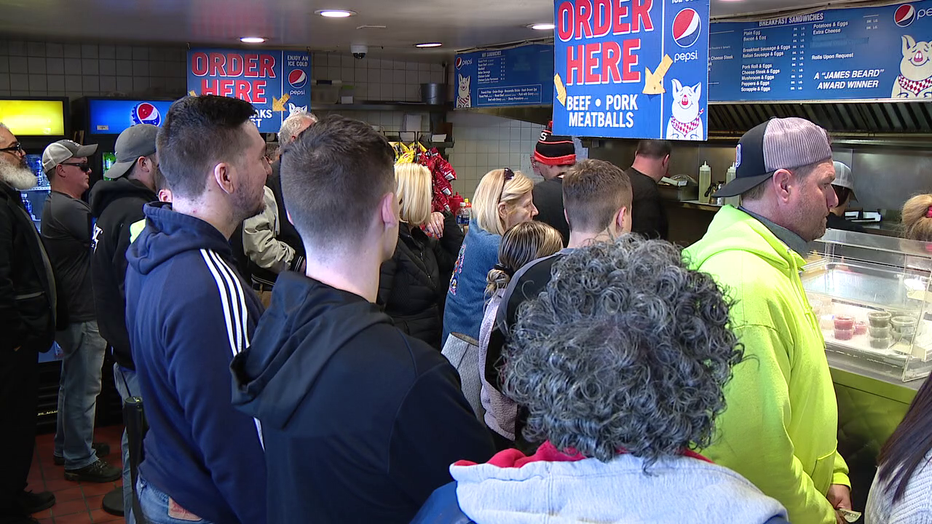 “I have to say that my customers have been great. We have gotten so many calls and people have come in without even getting a sandwich and they have given money,” Bucci added.

Including a jar that came from DCE Flooring, with over $300.

“Any good business owner will tell you without your employees, you are nothing. I wanted to see that these guys didn’t get overlooked and we were in a position to give back a little bit,” explained a representative of DCE Flooring.