Defense attorney Peter Frankel, who is not directly involved in the case of missing Gabby Petito, said video of Brian Laundrie reading a novel about missing women raises a red flag.

NEW YORK - Video on the YouTube travel channel created by Gabby Petito- whose body was believed to have been discovered over the weekend in Wyoming- and her fiance, Brian Laundrie, show him reading a novel about missing women.

Laundrie, 23, a person of interest in Petito's missing case, is briefly seen in the Aug. 19 video reading the 2014 novel ‘Annihilation’ by Jeff VanderMeer about four women who travel to Area X. Three of the women die and a fourth stays in the wilderness.

The video was brought to light by TikTok user Alyssa Rose who called it "disturbing," according to Newsweek.

"This particular book in the series follows four women. What?" wrote @alyssaest93. "So many people have said that that information needs to be handed over to the police." 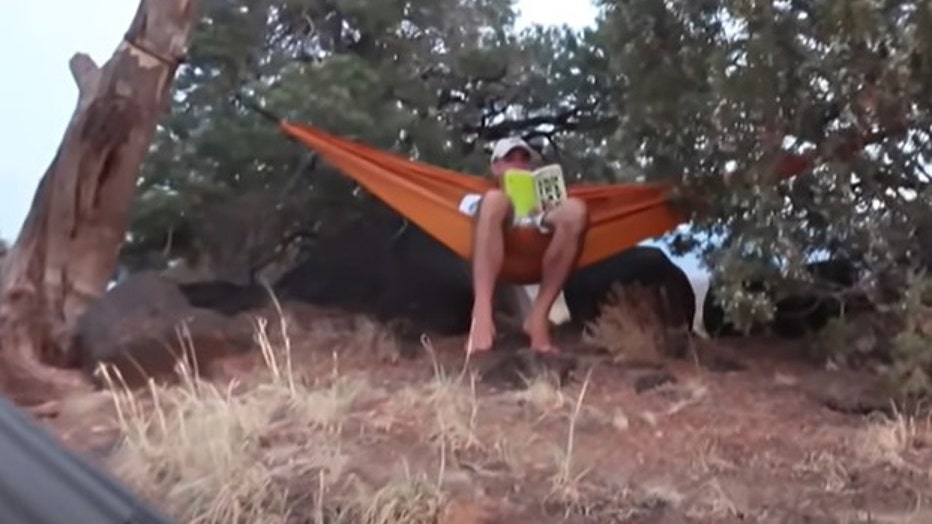 On Sunday, officials announced they had found a body in Grand Teton National Park in Wyoming matching the description of Petito, 22, a Long Island native. She had been missing since late August when she last made contact with her family in Florida. Laundrie returned to Florida without Petito in the converted camper van the couple had shared during their months-long road trip.

Laundrie has been missing since Tuesday. Police searched a park over the weekend where he was believed to have headed.

"Law enforcement really caught a break when his parents reported him missing," said criminal defense attorney Peter Frankel, who is not directly involved in the case. "And the reason I say that is because he had lawyered up. Law enforcement had no access to him. But now that he's on the run and in the event that they are able to find him, and even though he has counsel, they're going to do everything they can to get information from him which could help them understand what took place and how Gabby died."

North Port Police spent the weekend searching close to 25,000 acres inside the Carlton Reserve in Sarasota County, Florida, where Brian Laundrie is said to have gone. Authorities towed the Ford Mustang believed to have been the car Brian used to drive to the preserve.

More than 50 law enforcement officers on Sunday conducted a search at the more than 24,000-acre (9,712-hectare) Carlton Reserve in Sarasota County, Florida, a wildlife area with more than 100 miles (160 kilometers) of trails, as well as campgrounds.

On Monday, officials announced they would not resume the search at the reserve.

"At this time, we currently believe we have exhausted all avenues in searching of the grounds there. Law enforcement agencies continue to search for Brian Laundrie," according to a police statement. "The North Port Police Department currently has no plans to conduct a major search of the Carlton Reserve today. All media interviews from our department are on hold until further notice."

The body of missing Long Island woman Gabby Petito is believed to have been located in Wyoming according to the FBI.

'How could you do this to Gabby?' Petito family lashes out against Brian Laundrie

Boyfriend 'refusing to tell Gabby's family where he last saw her'