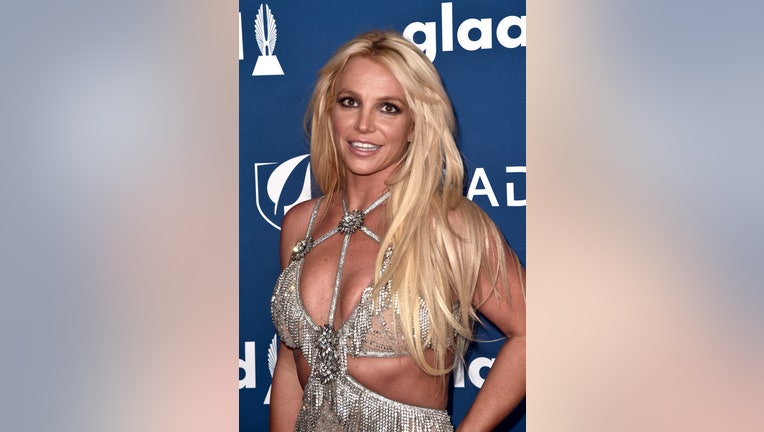 LOS ANGELES - Britney Spears' effort to prevent her father, Jamie Spears, from returning to his role as her court-appointed conservator moved behind closed doors in downtown Los Angeles Wednesday, but there was no word of any action being taken on the petition.

A hearing on Spears' conservatorship was closed to the public and media.

Sources told the website TMZ after the hearing that the matter can't be heard until additional legal documents are filed, so no decisions were made and no changes in the conservatorship arrangement were approved.

Montgomery was named a temporary conservator last year while Jamie Spears dealt with health issues. But her time as conservator is scheduled to expire Aug. 22.

"We are now at a point where the conservatorship must be changed substantially in order to reflect the major changes in her current lifestyle and her stated wishes," Spears' attorney, Samuel D. Ingham III, wrote in the court documents filed Tuesday.

The 38-year-old entertainer is "strongly opposed" to having her father return as what the court calls a "conservator of her person" and "strongly prefers" that Montgomery continue in that role before her appointment expires on Aug. 22.

"Without in any way waiving her right to seek termination of this conservatorship in the future, (Britney Spears) would like Ms. Montgomery's appointment as conservator of her person to be made permanent," according to the court papers.

Spears also requested that a "qualified corporate fiduciary" be appointed to serve alongside her father as manager of her business affairs. Jamie Spears has been filling that role exclusively since co-conservator Andrew M. Wallet resigned in March 2019.

Britney Spears has been under a conservatorship since 2008, when the singer experienced mental-health issues that led to a pair of stints in psychiatric care.

Many of her fans have actively participated in an online #FreeBritney campaign calling for an end to the oversight of her life and affairs.

In recent months, the singer's fans have reignited fears that she is trapped and sending coded messages for help through her Instagram posts, the Los Angeles Times reported. In April, after the mother of two revealed she accidentally burned down her home gym, her followers bombarded her post with comments expressing their concern for her well being. One urged Spears to wear a specific color of outfit in her next Instagram post, and when she did, it was taken as a sign that she was indeed secretly requesting aid.

Last year, she canceled her Las Vegas residency and checked into a mental health facility after revealing that her father was sick. She has not performed live since 2018.