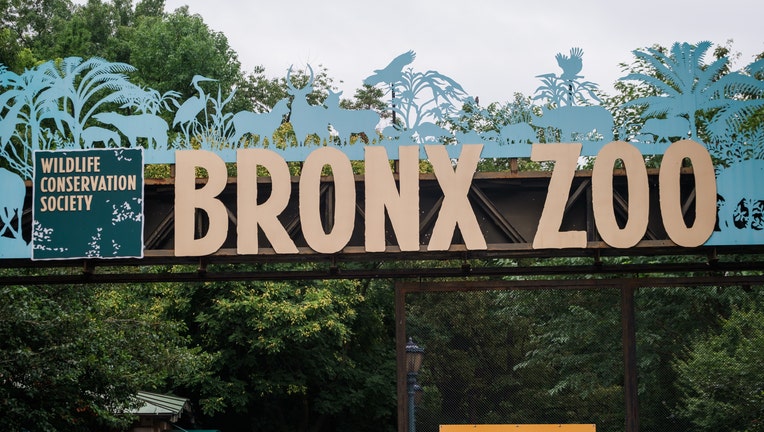 A sign reads "We Are Open!" at the entrance to the Bronx Zoo in the Bronx borough of New York, U.S., on Friday, July 24, 2020. Photographer: Gabriela Bhaskar/Bloomberg via Getty Images

NEW YORK - A court will decide Wednesday whether an elephant can be a person.

Happy the Elephant, a resident of the Bronx Zoo in New York, is being considered for release by the state's top court. Happy, 51, has lived in the zoo since 1977. However, an animal rights group launched a coordinated campaign to free her in 2018, declaring Happy eligible for the rights of a "person" under New York law.

While lowers courts have repeatedly upheld the ruling that Happy is not a "person," Nonhuman Rights Project is hoping the top court will overturn the decision.

Nonhuman Rights Project launched their efforts to free Happy four years ago with a petition for a common law writ of habeas corpus. The petition demanded the state recognize Happy as a legal person with all rights associated with the designation.

Protesters take particular issue with Happy's social health, saying that keeping the elephant alone in her enclosure is damaging to its health.

"The Bronx Zoo has been given the shameful title of the 5th worst zoo for elephants in the country," the NRP continues in an online petition. "The New York Times calls Happy the Bronx Zoo’s loneliest elephant. That’s because this highly intelligent and social being is one of the only zoo elephants in the entire United States who is being held alone. And it looks like her living conditions won’t change anytime soon unless we do something about it."

Happy originally had two companions – named Grumpy and Sammie – but both have died over the decades. Grumpy passed away from injuries caused by other elephants. 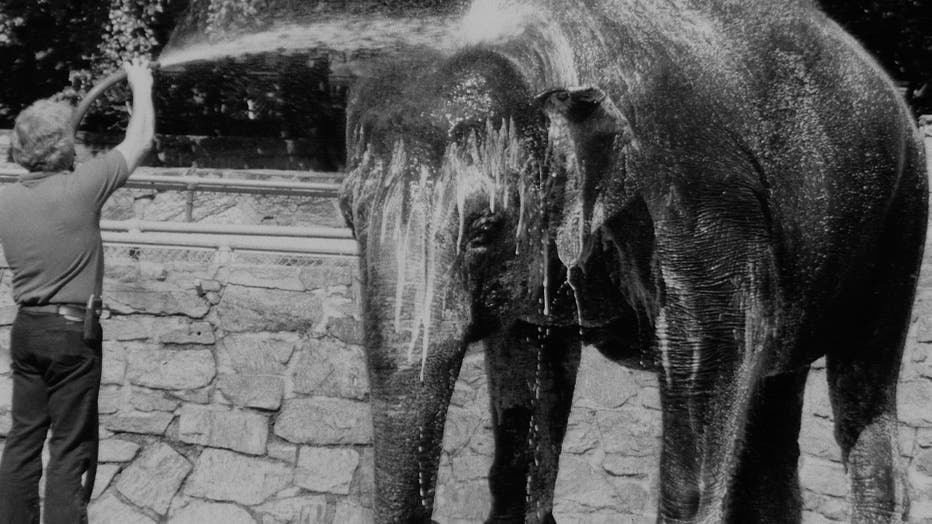 Nonprofit organizations and animal sanctuaries have spoken out against Nonhuman Rights Project.

"The Bronx Zoo is a well-respected and fellow-accredited member of the Association of Zoos and Aquariums (AZA)," said Elephant Sanctuary, the country's largest refuge for elephants. The Sanctuary has repeatedly distanced itself from the movement. "The Elephant Sanctuary is not affiliated with the Nonhuman Rights Project’s ‘Free Happy’ movement and has requested that The Sanctuary not be referenced in the Project’s ongoing campaign."

RELATED: Why birds sing in the spring

The Bronx Zoo have vehemently defended their practices and fired back repeatedly to claims that Happy is not being treated well.

"All decisions regarding the health and welfare of the animals at the Bronx Zoo will continue to be made by our animal care experts who know them best," the zoo said in a statement. "At this time, the veterinarians, keepers, and curators at the Bronx Zoo believe it is best for Happy to remain in familiar surroundings with the people she knows, relies on and trusts. We continually assess Happy’s situation and will make decisions based on what is best for her as an individual."

Elephants are a widely-revered animal due to their intelligence, unique capabilities and rarity. They hold a special place of respect in many cultures.

RELATED: Baby giraffe at San Diego Zoo fitted with braces after being born with limb condition

Elephants at a Thai garden were served a giant fruit-and-vegetable buffet in March in observance of National Elephant Day.

Nearly 60 of the herbivorous mammals at the Nong Nooch Tropical Garden in Thailand’s eastern Chonburi province got to enjoy a two-ton spread on a 26.2-foot table, Reuters reported.

Ktampon Tansacha, the garden’s president, told the news agency that its elephants like eating bananas.