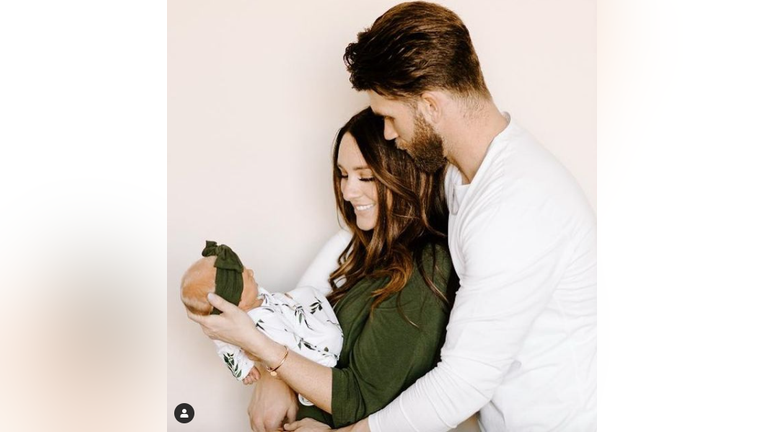 Bryce and Kayla Harper announced the birth of their second child over the weekend.

PHILADELPHIA - Philadelphia Phillies slugger Bryce Harper and wife Kayla Harper announced the birth of their second child over the weekend.

The Harpers took to social media on Sunday to introduce Brooklyn Elizabeth Harper to the world.

In June, the couple announced they were expecting the arrival of a baby girl in early Dember. It appears Brooklyn was born in Harper's hometown of Las Vegas.