KENSINGTON - Starting a business isn’t easy, but how about starting one in pandemic? Not only are there financial concerns, but sometimes even what a person has done in their past can be an issue.

It is something Darrell Alston knows too well.

Born in Paoli, he started out with dreams of becoming a successful rapper.

Alston realized his knack for writing in high school and knew this goal was attainable. He would soon find himself touring with some major players in the hip-hop world.

What Darrell didn’t have was the money he felt he needed to continue living the lifestyle. It wasn’t too long after that he started dealing drugs.

It was a move that would eventually land him behind bars for six years and a half years.

While in prison, Darrell discovered one of his other gifts – a love for drawing. Sketching designs for sneakers. He also honed his skills cutting hair. 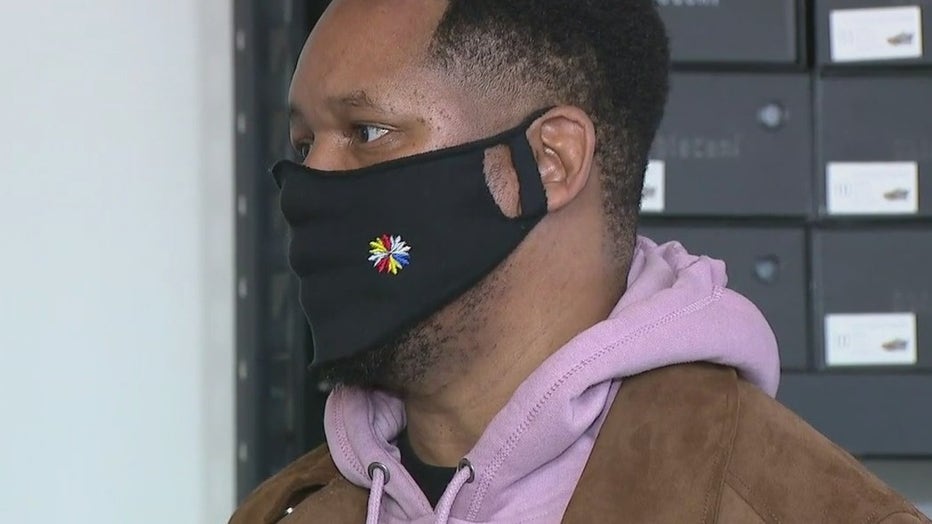 Darrell Alston, owner and founder of BUNGEE OBLEČENÍ, talks about his extraordinary life transformation and his path to success in FOX 29's Buying Black series.

When Darrell was finally released, he opened a barbershop and he started the BUNGEE BRAND, which includes clothing and amazing footwear worn by the likes of boxing great Bernard Hopkins and other celebrities.

Darrell says he had no idea he could draw and it wasn’t until prison that he discovered the talent.

It was while he was cutting hair at his barbershop he met boxing great Bernard Hopkins.

"A friend of mine actually had a meeting with Bernard that day. And, he asked me, cause I had a pair of boxing sneakers on, he was like, ‘Do you want me to call Bernard, do you want me to set up a meeting?’ And, I was like, ‘Of course!,’" Darrell explained. "So, Bernard told him, ‘I literally have three minutes,’ and I thought I was going to get the last three minutes of the meeting and it didn’t work that way. When I walked in, he was like, ‘Where is the sneaker guy?’ So, I go in, I’m like, ‘It’s me, I’m the sneaker guy.’"

"I pulled the sneakers out and he looked at them and he’s like, ‘Gabby, Gabby,’ – he’s the owner of the restaurant – ‘Do I look like I would wear this?’ And, Gabby was like, ‘No, I don’t think so, Champ,’" Darrell reminisced.

"So he was like, ‘The meeting’s done, I don’t have anything I could possibly do to help you,’ I said, ‘I have one question for you…what did you do, or how did you get from going to prison to where you are now?’ And, he didn’t understand why I would ask him that. And, then I told him that every single one of these sneakers that I have, I actually designed these in prison. And, that’s what changed the whole narrative of the meeting," Alston explained.

Darrell went on to say Hopkins is one his mentors and they speak nearly every day.

"I definitely did not imagine anything like this. I remember when I was in prison, I would just lay in bed at, like, two o’clock in the morning, and just think, like, ‘Man I wish I could just get in my car and just go on 76 with the windows down," Alston described. "This right here? I never imagined this happening. Even when I was selling sneakers in front of FOX 29 three years ago, I had no idea I was going to end up in a building, have my own office, have a real business." 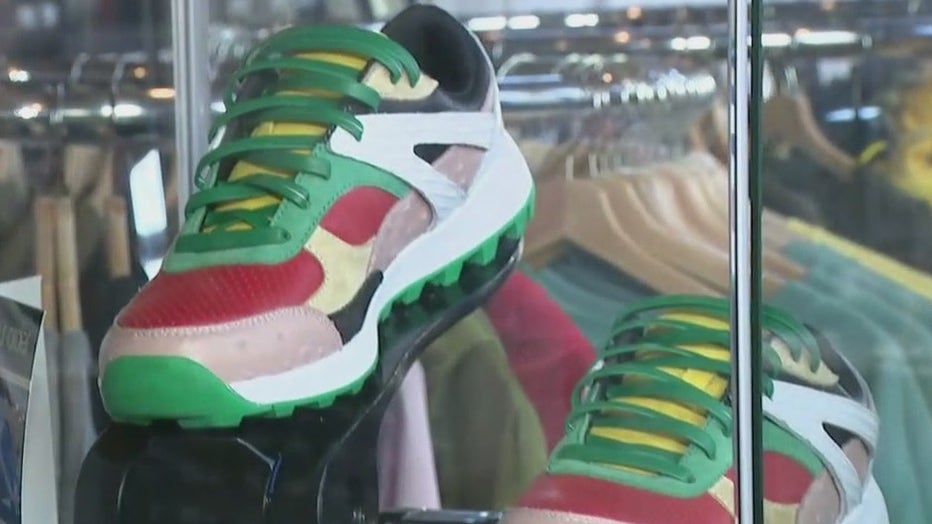 When asked what people could purchase from his line, Darrell explains, "We have three pairs of men sneakers that are available. We have the TNC, the Kaleidoscope and then we have another sneaker called the Camarillo. Those are available right now. And, then for the women shoes, we have the Teniska. Now, we do have more coming. It’s just that with the shutdowns and everything it slowed everything up. Right when we were starting the launch, COVID shut everything down. So, all of our clothing, sneakers, everything like that, are all behind schedule," Darrell stated.

More information can be found about Darrell Alston's line, BUNGEE OBLEČENÍ, by clicking on his website, here, following him on Instagram, here, or on Facebook, here. He has a showroom in Kensington which he is preparing to move on from, as the space is now too limited with the growing success of his company.