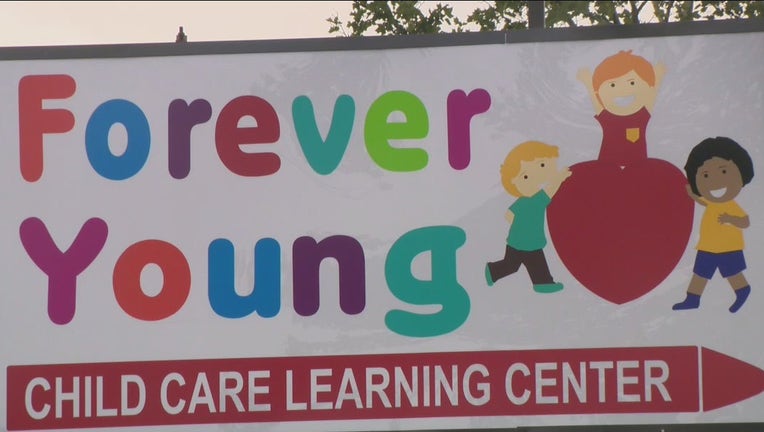 LINDENWOLD, N.J. - A Camden County daycare worker is facing serious charges, including attempted murder, after prosecutors say she was captured on video physically abusing two 1-year-olds in her care.

Camden County Prosecutor Jill S. Mayer and local authorities announced Saturday that 21-year-old Maggie Fruit has been charged with first-degree attempted murder and third-degree endangering the welfare of a child.

Police were called to Forever Young Child Care Learning Center on the 600 block of Chews Landing Road in Lindenwold on Thursday for reports of an abusive employee, according to police. Officers were shown video surveillance footage that allegedly captured Fruit physically abusing a 1-year-old child.

Witnesses told police they were able to remove the child from Fruit during the incident. The child was briefly hospitalized and has since been released, according to police.

Investigators later learned that Fruit allegedly abused another 1-year-old child in her care 30 minutes before the initial incident. Police say the child did not require medical attention.

"I’m not just going to abruptly drop the school because of that incident but I’m going to see how it goes and I am definitely going to pay more attention," said Ottley. Parents say an email was sent out over the weekend but Jessica Colon feels the daycare should have notified them the day the incident happened.

"It’s very frustrating that we find out different ways instead of being officially spoken to as to this is what happened, we can't tell you now but further on we’ll give you more information," said Colon.

Fruit is awaiting a pre-trial detention hearing at the Camden County Jail, according to police.

Editor's Note: This article has been updated to correct the name of one of the parents interviewed.