Camden has seen big companies move to town and its image improve under Mayor Frank Moran, but now he is stepping down nine months before his term ends.

CAMDEN, N.J. - Mayor Frank Moran is stepping down nine months before his first term ends. Camden has seen big companies move to town and its image improve under Moran.

He spoke to FOX 29's Jeff Cole Tuesday about his decision after 31 years in public service.

From a city pool operator, rising to mayor, and now walking away on April 30.

"Mayor, why are you leaving?" FOX 29’s Jeff Cole asked. Moran replied, "Well Jeff, I believe it’s my time. I feel I’ve given to my great city all I can give."

Just 52 years old, he says he’s retiring with a full pension because he’s ready and his health.

"Diabetes is a challenge, especially in my culture of Puerto Rican descent," he said. 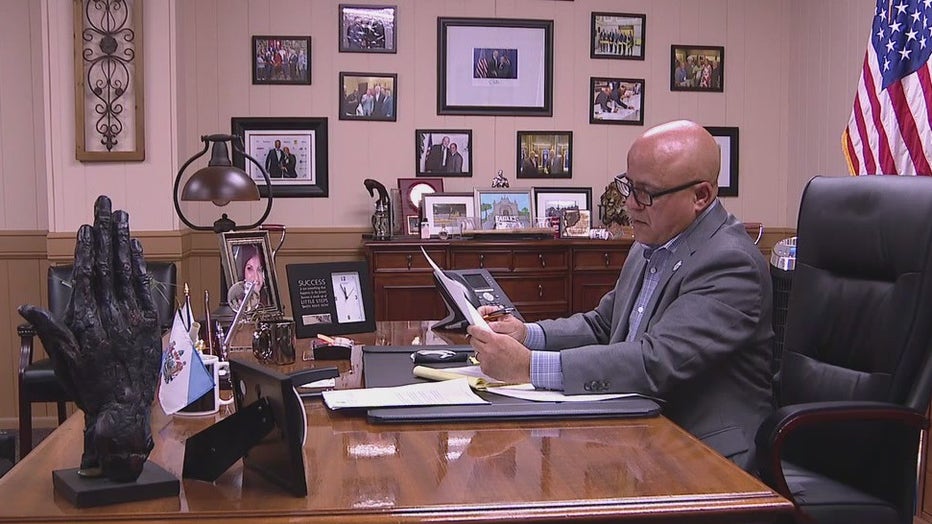 Elected in 2017, he held office when the pull of tax incentives drew big companies to Camden including Subaru, American Water, and the 76ers.

He led the city council when the troubled police department was disbanded and turned into a regional force now credited with lowering crime.

But the 74,000 residents of this city on the Delaware live in one of the poorest in America where grinding poverty is daily life.

Also, where the feds are vaccinating against a virus that’s rampaged.

"Would you argue you’re leaving but your work isn’t done?" Cole asked. Moran said, "Oh without a doubt. We’ve come a long way in my tenure, but we can’t cure 40 years of neglect in four years."