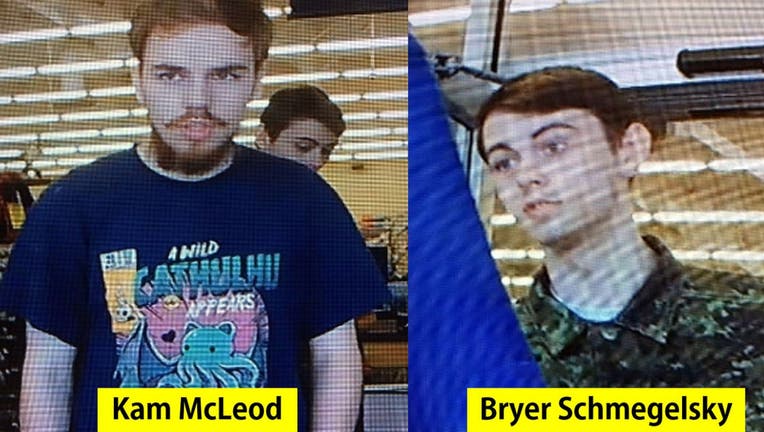 TORONTO - Canadian police say they believe two fugitives suspected of killing a North Carolina woman and her Australian boyfriend as well as another man died in what appear to be suicides.

The Manitoba Medical Examiner has completed the autopsies and confirmed on Monday the bodies they found last week were indeed 19-year-old Kam McLeod and 18-year-old Bryer Schmegelsky. Both were found in dense bush.

McLeod and Schmegelsky were charged with second-degree murder in the death of Leonard Dyck and were suspects in the fatal shootings of Australian Lucas Fowler and Chynna Deese of Charlotte, North Carolina, whose bodies were found July 15 along the Alaska Highway about 300 miles from where Dyck was killed.

A manhunt for the pair had spread across three provinces.