An adorable photo of a group of service dogs sitting in a Canadian theater last week catching a production of "Billy Elliot" has gone viral.

The photo shows the crowd of mainly poodles and golden retrievers taking up at least four rows and attentively watching the stage during the Stratford Festival in Ontario. The objective was to prevent fur from flying during live theater so the pups can help their handlers navigate a theater atmosphere. 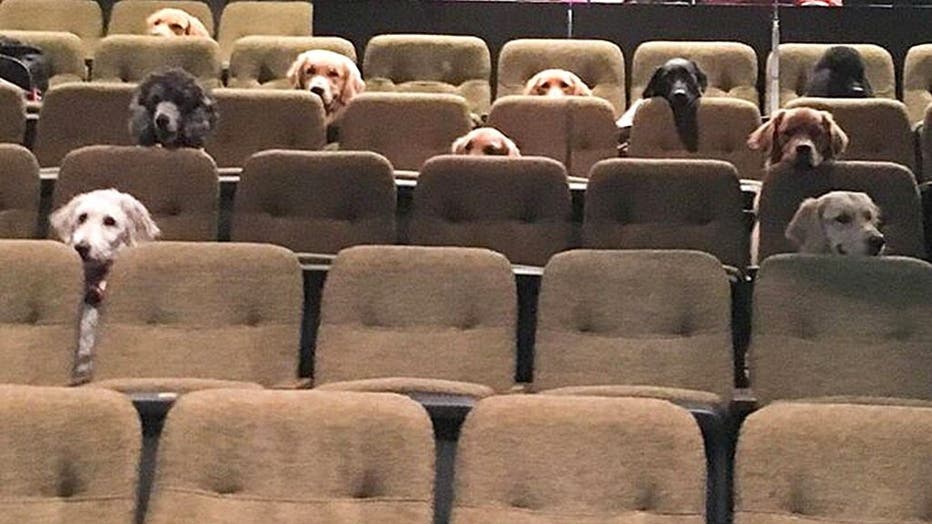 "It's important to prepare the dogs for any activity the handler may like to attend," said Laura Mackenzie, owner of K-9 Country Inn Working Service Dogs and who spearheaded the outing, told CBC radio.

"The theater gives us the opportunity to expose the dogs to different stimuli such as lights, loud noises and movement of varying degrees. The dogs must remain relaxed in tight quarters for an extended period of time."

The canines took part in the theater's "relaxed performance," made for attendees with autism or for those who need a calmer experience. The venue also has shows made for those with hearing or visual impairments. 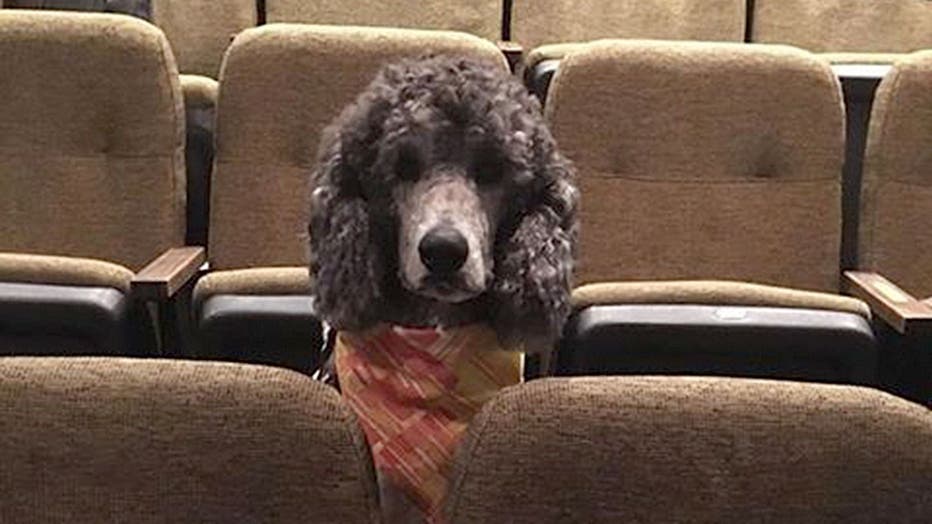 "They were all extremely well-behaved," Stratford Festival spokesperson Ann Swerdfager told the radio station. "I was in the lobby when they came in, then they took their seats, then got out of their seats at intermission and went back. All of the things we learn as humans when we start going to the theater."

Swerdfager said both cast and audience members were thrilled to see the four-legged attendees and that service dogs are accepted there several times per week. It's a unique training method that gives service handlers a leg up on attending outings, like a play.

"Everybody was so thrilled to see all these dogs at one time in the audience. It's really exciting. And it's thrilling to be part of something that is going to serve theatergoers of the future," Swerdfager told the outlet. 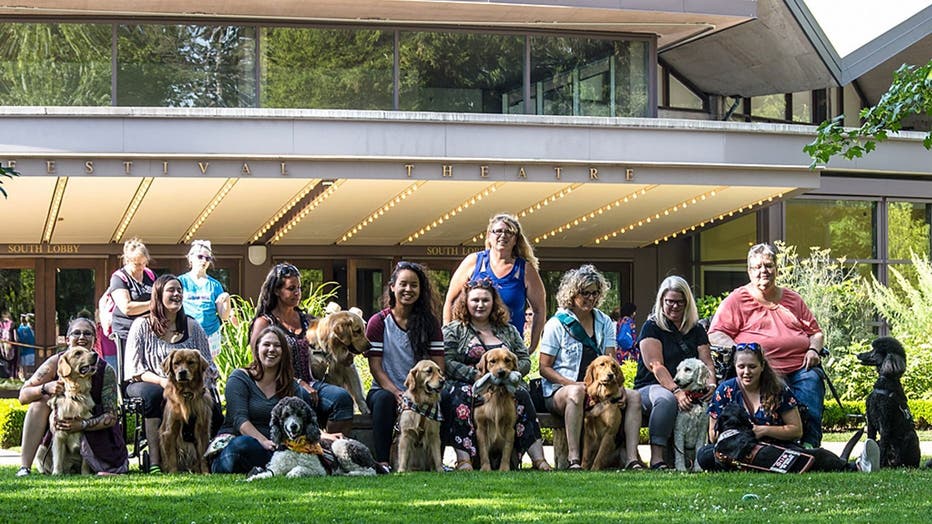 "It's wonderful that going to the theater is considered one of the things that you want to train a service dog for, rather than thinking that theatre is out of reach for people who require a service animal because it isn't," she added.

All of the doggies were reportedly all very good boys during the show, and Mackenzie said she plans to return with more pups in the future."All of the dogs were fantastic and remained relaxed throughout the performance. Some even watched through the cracks of the seats," said Mackenzie. "The dogs loved the show almost as much as their handlers."