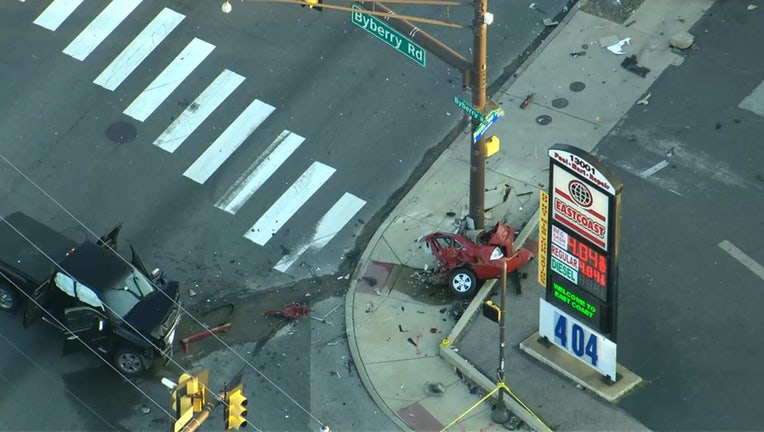 PHILADELPHIA - A man has died after an early morning crash near a Somerton gas station that ended with one of the cars involved being split in half.

The crash occurred before 5:30 a.m. Thursday morning near Bustleton Avenue and Byberry Road.

Two vehicles were involved in the crash, including a red Chevrolet Monte Carlo and a Chevy Silverado pickup truck.

After a preliminary investigation, authorities say the driver of the Monte Carlo, later identified as 44-year-old Jose Moses Sadler, was traveling at a high rate of speed northbound on Bustleton Avenue.

As the driver approached the Byberry Road intersection, the driver of the Silverado, a 67-year-old man, was attempting to turn eastbound on Bustleton Avenue. 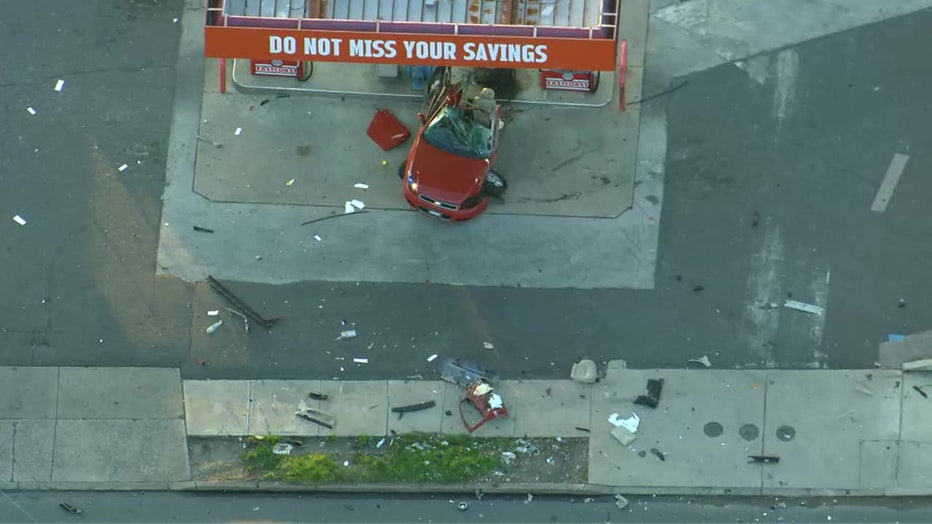 Police say the Monte Carlo struck the front end of the Silverado, then struck a pole on the corner, causing the Monte Carlo to split in two halves. The front half of the vehicle continued forward and ended up next to a nearby gas pump.

Paramedics transported to Sadler to the hospital, but he later died from his injuries.  The driver of the pickup truck was not seriously injured.

The investigation is ongoing, but authorities say they believe speed was a factor in the crash.

Police say an off-duty police officer witnessed the crash, which was also caught on nearby surveillance cameras.