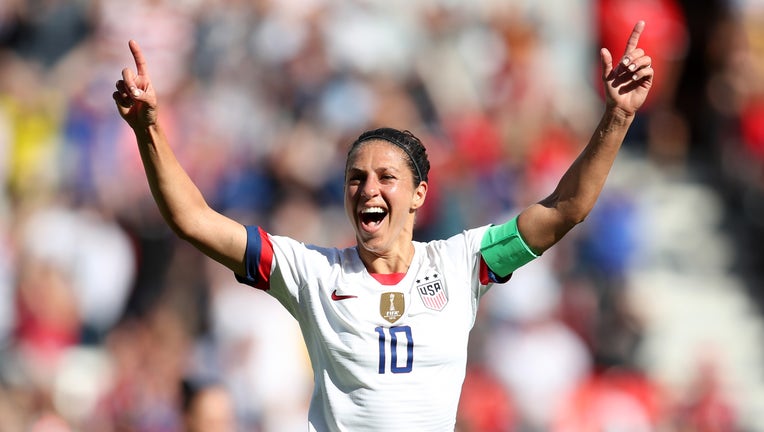 PHILADELPHIA - In an appearance on Yahoo's 'Women’s Sports Foundation pannel,' U.S. soccer star Carli Lloyd says she is "not ruling out" trying to kick in the NFL.

“I know with proper training and the right technique and someone showing me how to properly kick, I know I could do it," Lloyd told interviewer Cari Champion.

Lloyd made waves on social media last year, when the Philadelphia Eagles posted a video of her drilling a 55-yard field goal at the team's practice facility. The video went viral, and Lloyd said she received interest from two NFL teams.

“With anything that I do. I like to be all in and I like to practice and make sure I’m prepared, so I’m definitely considering," Lloyd told FOX 29's Chris O'Connell in August.

The Delran, New Jersey native says her focus is still on soccer, and any attempt to kick in the NFL will be delayed due to the COVID-19 pandemic. Lloyd was set to participate in her third Olympics this summer, but the virus halted the competition.

"It may have to get pushed a year or two, we’ll see. I know the times right now are a little up in the air, so we’ll see. I’m not ruling it out. You never know,” Lloyd said.

"I’ve always been a kid who loves a challenge,” Lloyd told Yahoo. "I’ve never backed down from any challenge.”

Carli Lloyd could commit to becoming NFL kicker after 2020 Olympics