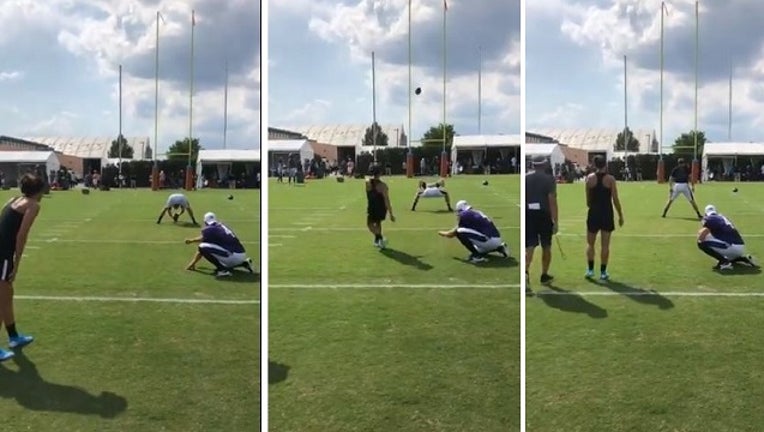 The Eagles tweeted the video with the caption, "What did you expect? She's a World Champion." Lloyd also tweeted a video expressing her excitement for the upcoming Eagles season.

South Jersey native Lloyd and her teammates will take on Portugal at Lincoln Financial Field on August 29.