PEACHTREE CITY, Ga. - A Walmart shopper steps up to help police catch a shoplifter on the run. It’s captured on surveillance video and it appears the shopper times his moment just right and rolls his shopping cart into the path of the shoplifter.

What stands out in the video is the concentration on the part of the shopper. He watches and waits and then sends his cart rolling.

Later video shows other shoppers helping him to pick up purchases that are thrown all over the parking lot. And the video shows a pat on the back from the police. He is a mystery otherwise. And Peachtree City police say they appreciate his help.

“He was able to help us take him into custody without injury to anyone including the offender,” said Sgt Chris Hyatt with Peachtree City Police.

It was back in January and it started at the Peachtree City Home Depot store. They called police when they spotted two men allegedly shoplifting high dollar tools.

When the officer arrived he spotted one of the shoplifting suspects in the parking lot of the next-door Walmart. On the officer’s body cam video obtained by FOX 5, you can hear the officer ordered the man to stop, but the video shows the suspect takes off in a dead run.

Peachtree City Police have identified the suspect as Marcus Smith, 41, from Forsyth, Georgia. He is charged with felony shoplifting and obstruction. 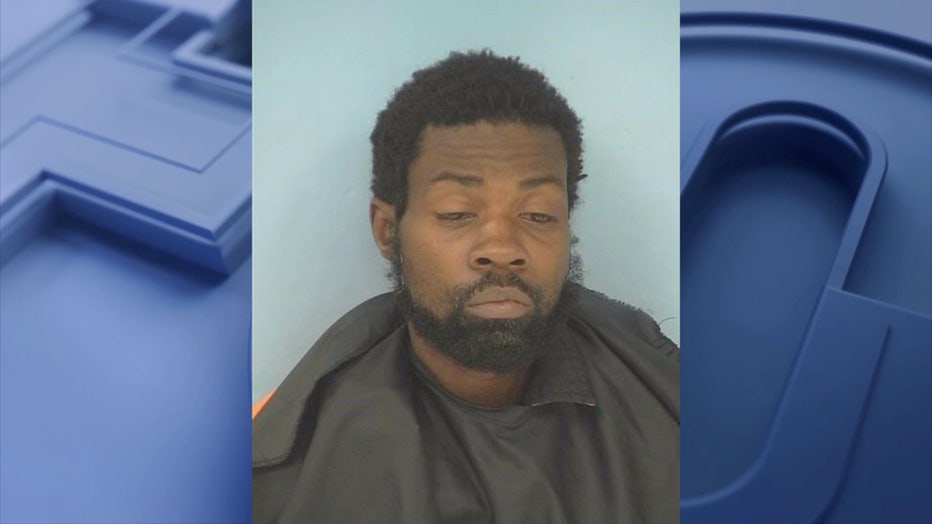 And although police appreciate the assistance, they want to make sure that you don’t feel like you have to step in.

“Don’t do anything that you aren’t comfortable with or that would put you or others in harm's way,” Hyatt said.