The threats were received around 8:40 a.m. by the administration of Central Bucks South High School. Students were forced to shelter in place and the school was eventually dismissed early for the day.

The threats were received around 8:40 a.m. by the administration of Central Bucks South High School. Students were forced to shelter in place and the school was eventually dismissed early for the day.

Sgt. Kenneth Hawthorn with Warrington Township Police said two separate threats were made involving an explosive device and than a weapon. 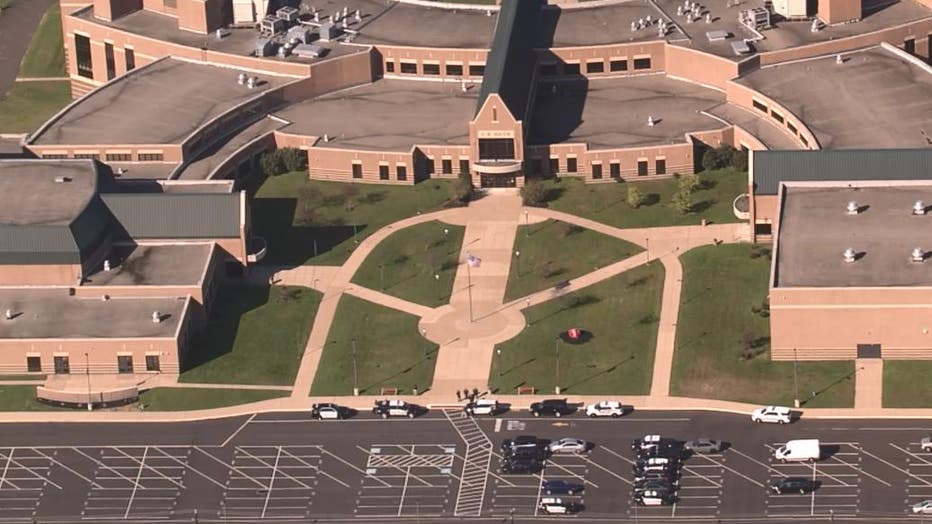 According to police, they did a sweep of the campus for dangerous devices which turned up nothing dangerous. Police say no injuries were reported either.

"It was an emotional day for all of us, especially for the students and staff.  I applaud how my officers and the school district administration, students, and high school faculty staff handled this situation," Chief Friel said.

Last week, the Hatboro-Horsham School District shut the high school down early because of a threat. Over in the Upper Darby School District, they had several lockdown incidents last month.

"It never ends, it’s not just school threats it’s like even public places public buildings," said Lance Heinrich who lives in Landsdale.  "It’s so sad because it’s such a norm now."

Sgt. Hawthorn broke down the process from threat received to shut down.

"If it’s an active threat and we have to come right in and take action we certainly do that.  This was in layers so in other words it started with one thing and another thing was added.  It changed our response.  There’s a web app called safe to say.  The kids know to call in to report."

In Washington Township the high school shut down in late October because of anonymous threats using a phone that police haven’t been able to trace.

"Recently that stuff has been happening a lot more," said Grace Moffett a college freshman.  "I think it’s just really unfortunate and that’s scary because it’s a very real possibility."

Sgt. Hawthorn said the key for parents to know anywhere is don’t show up at the school when something like this is going on. Let the police do their job and don’t post things on social media without police confirmation and make sure you’re having talks with your kids about the consequences of even joking about these types of things.