According to the Los Angeles County Sheriff's Department's inmate data website, 39-year-old Sodsai Dalzell was released from jail around 4:30 a.m.

Court documents showed the charges against Dalzell were "dismissed," but the District Attorney's Office said Friday afternoon that the case had been refiled with the same charges but did not specify why the initial charges had been dismissed.

Dalzell had been charged with felony counts of attempted kidnapping and burglary. She was arrested last September after Montana told LA County deputies that the woman had walked into their home along the Pacific Coast Highway and took the baby from a playpen.

Montana and his wife allegedly confronted Dalzell and there was a struggle before she left the home without the child.

The 9-month-old girl was uninjured.

Deputies searched the area and arrested Sodsai somewhere along the PCH, as seen in cell phone video obtained by FOX 11. She was arrested on Sept. 26 for kidnapping and burglary. 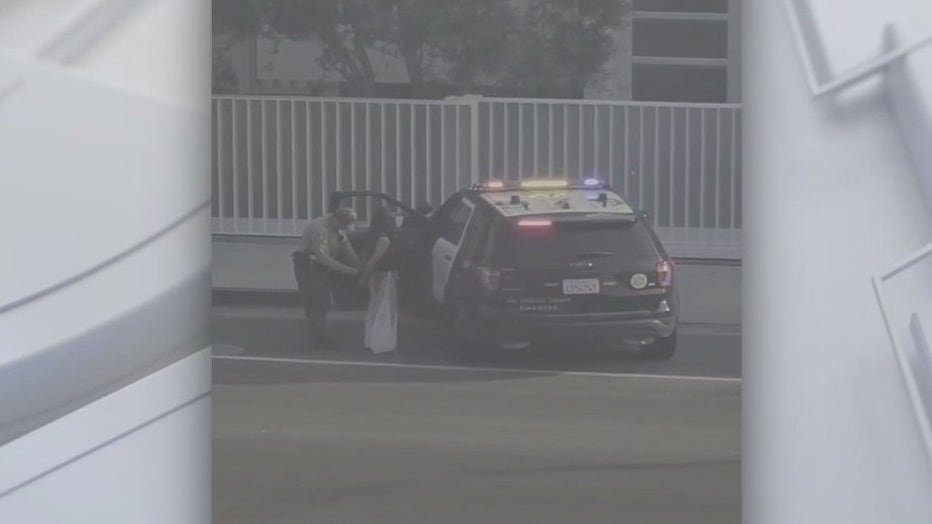 She later pleaded not guilty to attempted kidnapping of a child under 14 and first-degree residential burglary with a person present.