PHILADELPHIA - Considering Philadelphia’s rich history, it should be no surprise that one of the greatest chefs in American history spent time here.

While Chef James Hemings is not widely known, he introduced some of the most iconic dishes to America by way of Philadelphia when it was still the nation's capital.

Now Chef Hemings’, indeed the brother of the famous Sally Hemings, life will become the subject of a soon-to-be released documentary called, "Ghost in America's Kitchen.”

Ashbell McElveen, an international chef, film producer and the found of the James Hemings Society, joined Good Day Philadelphia to showcase some of Hemings' recipes.

In 1765, Hemings was born as a mixed-race slave owned by Thomas Jefferson.

Hemings, who was originally a valet for the Jefferson family, trained in culinary arts in Paris, France where he also excelled in mastering the French language.

At the time, in the late 1700s, a Frenchman Antoine-Augustin Parmentier was advocating for the potato as a food source for humans. In 18th century France, poatoes were banned for a period of time due to fears that the vegetable could spread leprosy. 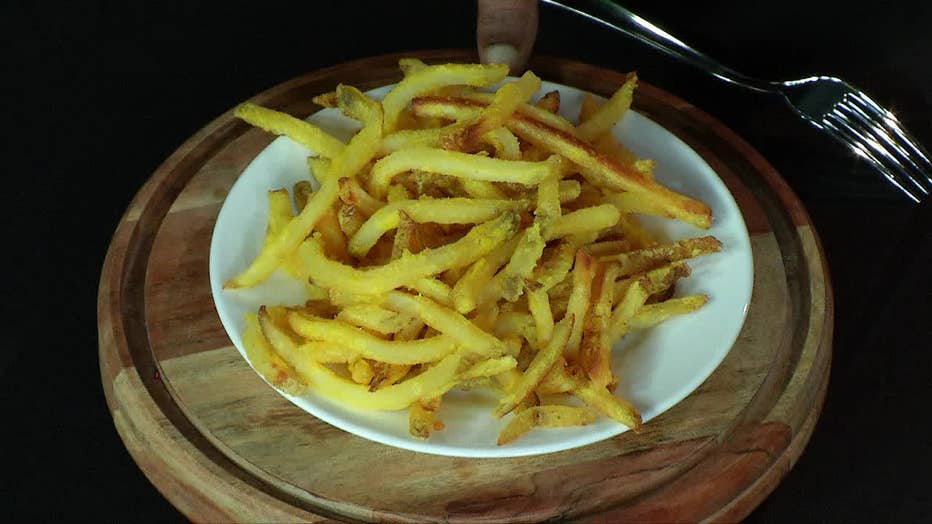 Hemings trained at the Château de Chantilly, which is considered the best kitchen in pre-Revolutionary France. While Hemings didn't create french fries (which are known as pommes frites in French), he was the first American to make them in the country.

He is credited with also introducing macaroni and cheese, meringue, firm ice cream, and whipped ice cream to America.

While soft ice cream was already popular in America, the firm version wasn't introduced to America when Hemings returned from France.

"So James is a pivotal figure in fine food in America," Ashbell McElveen explained on Good Day. "It was James Hemings and people like Hercules [Posey] Washington who brought fine Virginia cooking to Philadelphia."

As such, Hemings remains a leading culinary figure in our nation's history and was ultimately freed by Jefferson in 1793.

He later opened a culinary arts school and refused to be a lead chef in the White House, but Hemings refused since he was not offered a handwritten letter by Jefferson.

McElveen's documentary about the impressive legacy of James Hemings will be released in September 2020.