If you've missed one of their thousands of flyers, you might have seen Erica Eastep's car throughout Chester County. You also might have talked to her on the phone or at a business.

There's few places she hasn't been or hasn't called for her missing seven-year-old Doberman, Stella.

"We're just worried we don't have time, we want her home."

Back on Nov. 16, around 9:45 PM, Erica says she took Stella and her older Doberman, Guinness, outside her Coatesville home before bed to go to the bathroom.

She says Guinness started barking and she went over to him with a flashlight.

"Then I realize, 'Where's Stella? She's not here,'" she says. "That's not like her, she's always by his side outside. I panicked right away."

Erica says Stella is microchipped but did not have her collar and tags on for the quick trip outside and has never run away before. A five-hour search followed, but they came home empty-handed.

"Literally we've been at it ever since, we haven't stopped." 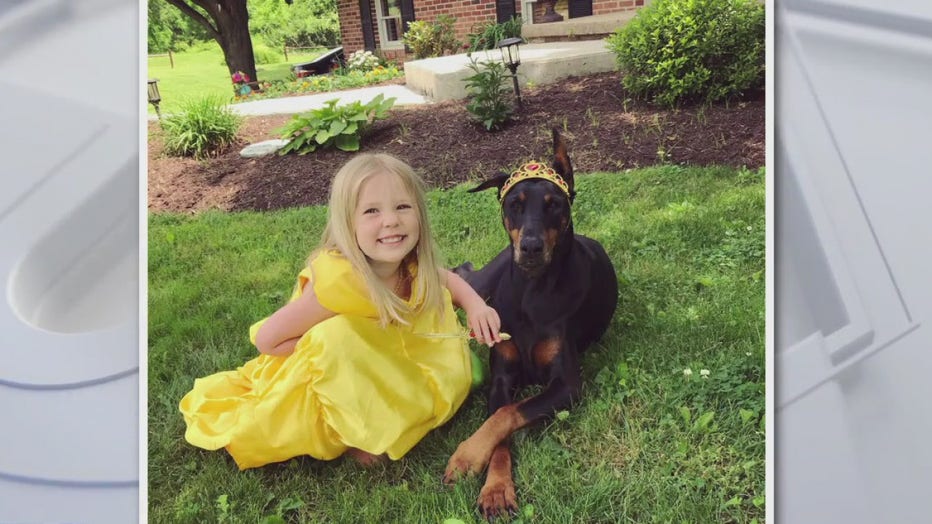 Stella's family believes she was last seen on Blackhorse Hill Road near the VA Medical Center. She is black and tan with a floppy right ear.

With the help of family and friends, Erica says they launched a "Bring Stella Home" Facebook page where they have connected with thousands of people, many who do not even live in Pennsylvania.

She says they also connected with a "pet communicator," they brought in a "tracker dog" from Virginia, conducted foot searches with drones, set up cameras and feeding stations, have knocked on doors and businesses, and connected with every nearby vet, police department, and shelter.

Even Erica's 6-year-old daughter, Penelope, recruited their Elf on the Shelf, Max, to help find her best friend.

"She had a great idea of talking to Max and letting Max know about Stella and to tell all of his elf friends when they go back to Santa at night to please look for Stella because she's probably out walking or wandering," says Erica. "She asks me every day, 'Where's Stella? Is she coming home?"

Erica says they have dealt with a few scams but overall, the support from the community has been overwhelming and humbling.

If you believe you see Stella, her family is asking that you do not chase her. They are asking you to take photos and call 717-201-1044.