Rushon Drayton, known as "Shawn," is charged with multiple counts of institutional sexual assault, indecent assault of a person under 16, unlawful contact with a minor, corruption of minors, statutory sexual assault and other charges.

The Chester County District Attorney's Office says Drayton "preyed upon vulnerable middle schoolers" by sending inappropriate and sexual text messages to students age 14 and 15. He became friendly with the students over several months by handing out candy four times a week, one student said. 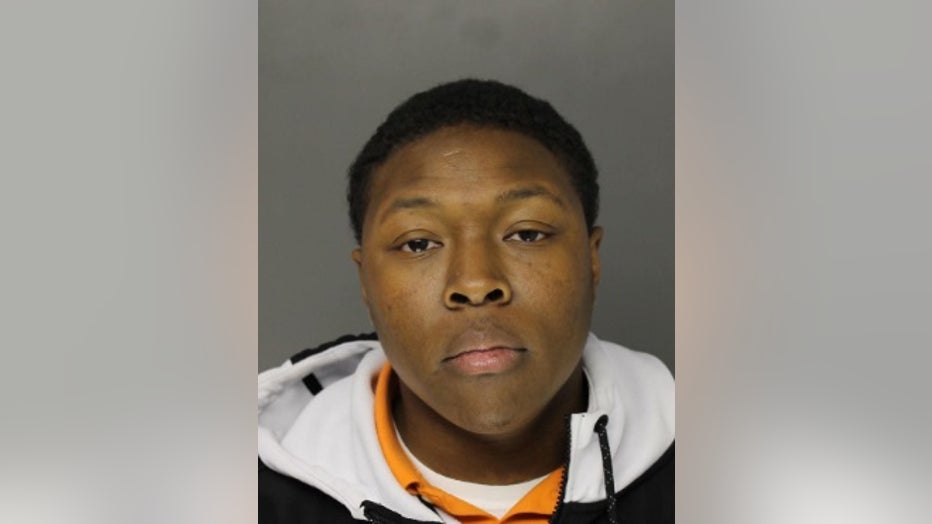 The mother of the first victim, a 14-year-old girl, reportedly found screenshots of inappropriate messages on her daughter’s phone. The girl told police she was approached by the janitor in the hallway, where he asked for her cell phone number.

She says Drayton then proceeded to text and FaceTime her during the week, weekend and during school.

Police say hundreds of sexual and inappropriate text messages and photos were recovered from the phone of the second victim, a 15-year-old girl. The second victim was also given a sex toy, marijuana and other gifts, police say.

"Children deserve to be safe in schools and all adults are responsible to ensure their safety," District Attorney Deb Ryan said.

Drayton, who has reportedly been a janitor at the school since 2017, has been suspended from his position.

In a statement to students and staff, the principal and superintendent said the janitor "no longer has access to the school or grounds until and unless these charges are cleared."

"We are deeply troubled whenever any allegations or charges have an impact on minors, and we know you are too," the statement read. "It is particularly upsetting when an adult working in our schools is involved."

Police believe there may be other victims. Anyone with any information should contact the Tredyffrin Township Police Detectives at 610-644-3221.

Chester County offers a free two-hour training course to identify and prevent child abuse. You can find more information about that here.