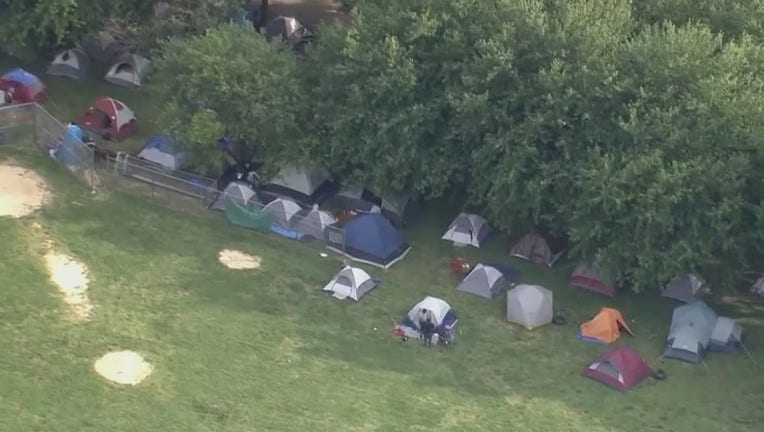 PHILADELPHIA - The City of Philadelphia has, for the third time, posted formal notice that protest camps along the Benjamin Franklin Parkway and Ridge Avenue must close no later than 9 a.m. Wednesday, Sept. 9, 2020.

The third notice comes after a federal judge ruled the city can clear the encampment by reasonable means with 72 hours notice to vacate. The judge also denied a motion filed by encampment leaders calling for a temporary restraining order and preliminary injunction to prevent the city from closing the camps.

“We have spent nearly three months engaging in good faith negotiations with organizers and those who are living in the camps. We’ve listened, discussed, and responded to their demands, and I’m proud of a number of actions that are already underway," Mayor Jim Kenney said Monday. "The protests have brought new attention to the magnitude of the suffering endured, primarily by Black Philadelphians, and I appreciate all involved for shining a spotlight on this critical issue. We are committed to working together with homeless people and their many advocates and supporters for policies and programs that will make ending homelessness a reality."

“However, for the health and safety of all involved, including the surrounding community, we can no longer allow the camps to continue. I urge those still in the camps to voluntarily decamp before Wednesday, September 9, avail themselves of the beneficial services being offered, and join the 111 people who have come in and are now working on a housing plan,” Kenney added.

The city has since released a summary of their response to some of the encampment leaders' demands.

As the injunction was filed, Mayor Kenney had said a notice posted to close the camp was not a requirement. He also said the closure was delayed again to allow to two city councilmembers to negotiate.

Despite the impasse, Kenney has said he still wants it to be resolved without a confrontation.