PHILADELPHIA - The City of Philadelphia is continuing to work with protesters who have spent over two months camped along the Benjamin Franklin Parkway calling for policy changes regarding the homeless and low-income housing.

After posting a notice to close the encampment by Tuesday morning at 9 a.m. Philadelphia Mayor Jim Kenney says the notice was not a requirement. He added the city reposted the notice with the intent to remove it in 30 days.

The tent encampment has stood on a baseball field on the parkway since June 10 and has grown to an estimated 100 to 150 people. 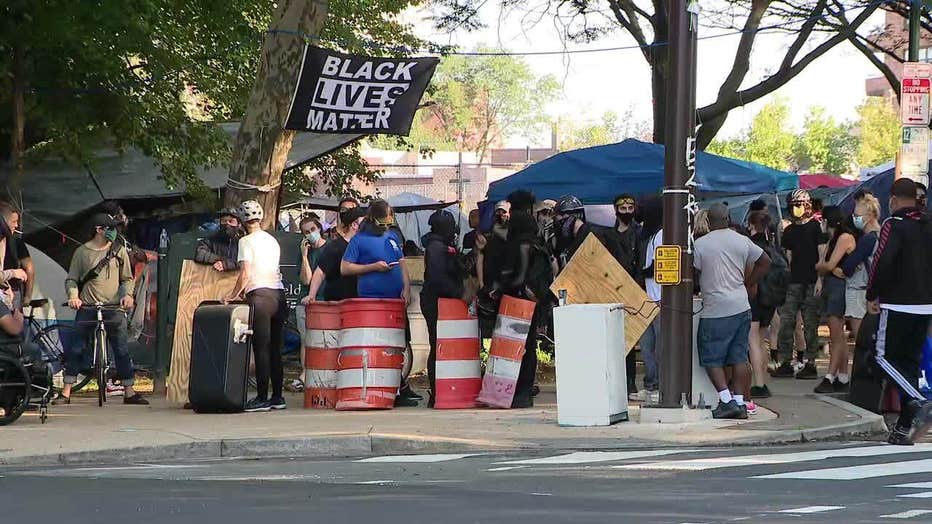 According to Kenney, part of the reason for the further delay was to allow Philadelphia City Councilmembers Kendra Brooks and Jamie Gauthier to continue to try and find a resolution. They had asked the mayor not to clear the camps in a letter on Monday.

In addition, the situation has now landed in federal court after coalition leaders filed an injunction to prevent the city from removing them.

The city has previously referred to the notice as a "last resort," but now says, though a date has not been set removal is imminent.

According to Kenney, the city has been willing to meet over 20 of the protesters' demands. He says the protesters will not budge unless all of their demands are met.

"There's going to come a time, very shortly, where we are going to run out of words to talk to each other about. We are not going to meet all of the demands that the encampment leaders want us to meet," Kenney said. "We are willing to meet over 20 of them and there are things that the federal government and state government has to agree to before we can accommodate them."

FOX 29's Steve Keeley was outside the encampment as protesters prepared for a potential intervention from city officials.

Despite the impasse, Kenney says he still wants it to be resolved without a confrontation.

Kenney added the city has received more than 400 complaints about the encampment, and claimed living conditions there have worsened over the weeks.

An attorney representing the encampment said late Tuesday afternoon that a federal judge would not sign a restraining order filed. The judge will allow for continuation of hearings set for Thursday so encampment members can testify.

"We appreciate the Court’s careful attention to this matter.  The Court did not grant an injunction against the City today and we look forward to the hearing on Thursday.  In the interim, our efforts to offer wide-ranging services to those in the encampments will continue, and no other action to resolve the encampments are currently planned. We still strongly believe that those in the camp will voluntarily decamp, and avail themselves of the beneficial services being offered. In fact, we have already placed 88 people from the camp in shelter, residential treatment, and other housing options, including hotel rooms with private bathrooms at the COVID Prevention Spaces for those who are particularly vulnerable to COVID-19 (age 65 or over or with underlying health conditions). In fact, Outreach placed four individuals in ‘safe haven’ settings Monday, after notice was posted."