FRANKFORD - It's been a week since a 10-year-old boy was shot in the head in Frankford. On Wednesday night, the community came together to stand up for the little boy.

"This little light of mine, I'm gonna let it shine. This little light of mine," sang the group. They’re part of the community that walked in unity serving as a ray of hope for 10-year-old Semaj O'Branty who remains in the hospital a week after being shot. His aunt Anita who he calls mom was in the middle of the march carrying a sign asking everyone to pray for this beautiful boy and our city.

Boy, 10, expected to survive after being shot in Frankford drive-by; $5k reward offered

"(People in the city want to know how he is doing and what we can continue to do for him Anita?) He's doing fine. (Are you asking for prayers right now? Will prayers help you right now?) Everybody. Everybody please," she said. 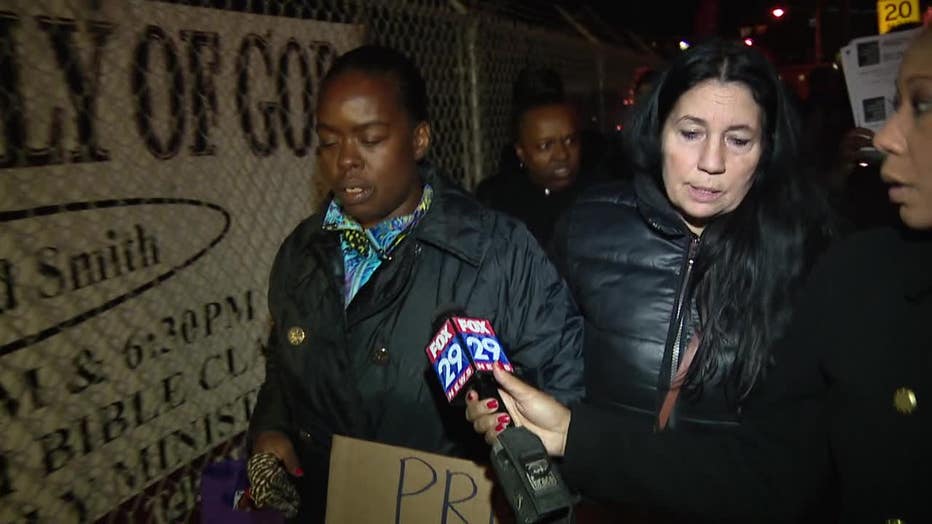 Anita’s plea turned to tears as the group stopped at the corner of Margaret and Torresdale in Frankford. It’s where a bullet from a gun police say someone used to fire at a group of men standing on the corner hit Semaj in the back of the head as he was walking home. Pastor Richard Smith of Faith Assembly of God Church led the march and prayer.

"We believe that God is going to hear our prayers and this community is going to get help that it needs," he prayed. Earlier in the evening, the pastor held a community meeting with residents and police there.  He talked about how active Semaj and his family have been in the church.

"The young man that I seen on this floor right here dancing, singing, getting awards and having fun but now all that's changed," said Pastor Smith. Family members tell me that Semaj has had movement in his arms and legs.

Pastor Smith says they are clinging to their faith.

"I was told as well that the doctors say they could do no more but we know the God we serve can do many more and we've seen great miracles happen," said Pastor Smith.

"We haven't gotten many tips at this point and we're concerned about that but we're also trying to keep the community calm and just keep them from getting frustrated," said Captain Walker.

Police remind everyone they need help locating the red or burgundy Pontiac G6 that the shots were fired from and the person responsible. They believe the shooting between the gunman and men on the corner is drug-related.

Anyone with information about the shooting or the suspects can submit a tip by calling 911 or 215-686-TIPS.